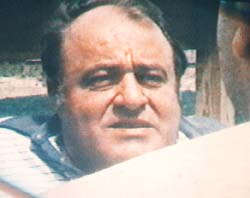 The Lawnmower Man. I bet there are many people besides me who shudder when they hear the title The Lawnmower Man and the word "movie" in the same sentence. I know I do. This is because this wonderful story was trashed by Hollywood (big time) a couple of years ago.

This is a "Dollar-Baby", like The Last Rung on the Ladder. It was done back in 1987 and is only 12 minutes long. These 12 minutes are so good that they outweigh the "official" version any day, any time, anywhere. Well, some of you might say, "That can't be too hard, right? You said it yourself a second ago. The 'official' version stinks." 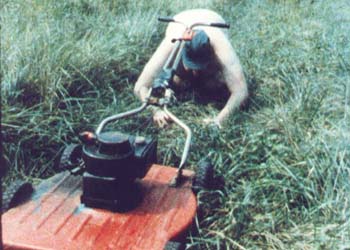 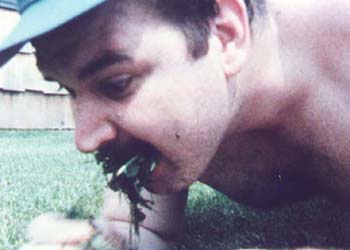 Yes, you're right! It's not hard to be better then the "official" version but James Gonis's version would be great even if the other hadn't been made. It's a great little movie on its own.

It's a low budget movie and recorded with simpler equipment then what they use in Hollywood today, no question about that… The story and feeling of the movie is great though! It follows King's story almost to the word, and the same feeling you get when you read the story you get when you watch the movie. And if that wasn't enough, the actors who play The Lawnmower Man (Andy Clark) and Parkette (E.D. Phillips) both do a great job! 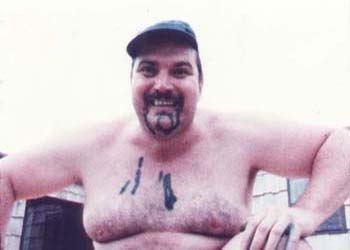 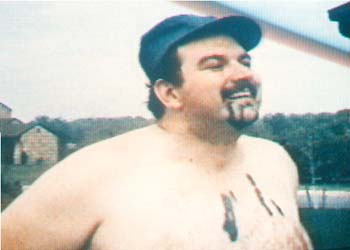 The image of Clark (naked) running after the lawnmower, eating grass in big gulps is a classic scene. It keeps popping up in my mind ever so often now that I have seen the movie. It's great!

Gonis has also used King's old trick (like many other filmmakers have) and let another King character visit the movie. This time it's a young cop called Bannerman (you do know where he is from, right?) that enters the scene. I don't now about you but I love when this happens! 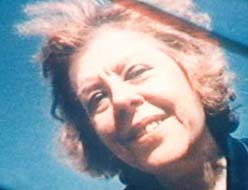 So, how can I sum up this movie? Well, there is only one thing I can say really. It's a great movie! I love it! James Gonis have created a masterpiece. OK, OK, it's a low budget movie and there isn't any Matrix-FX in it but is that really what's important? I don't think so.

So, Mr. Stephen King, if you read this (which you probably won't, but I can hope!) PLEASE let James Gonis release this movie so all your fans can enjoy it. Anything else is a crime!

Don't forget to read the interview I did with James Gonis about The Lawnmower Man. 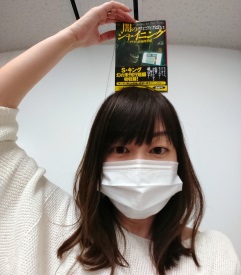