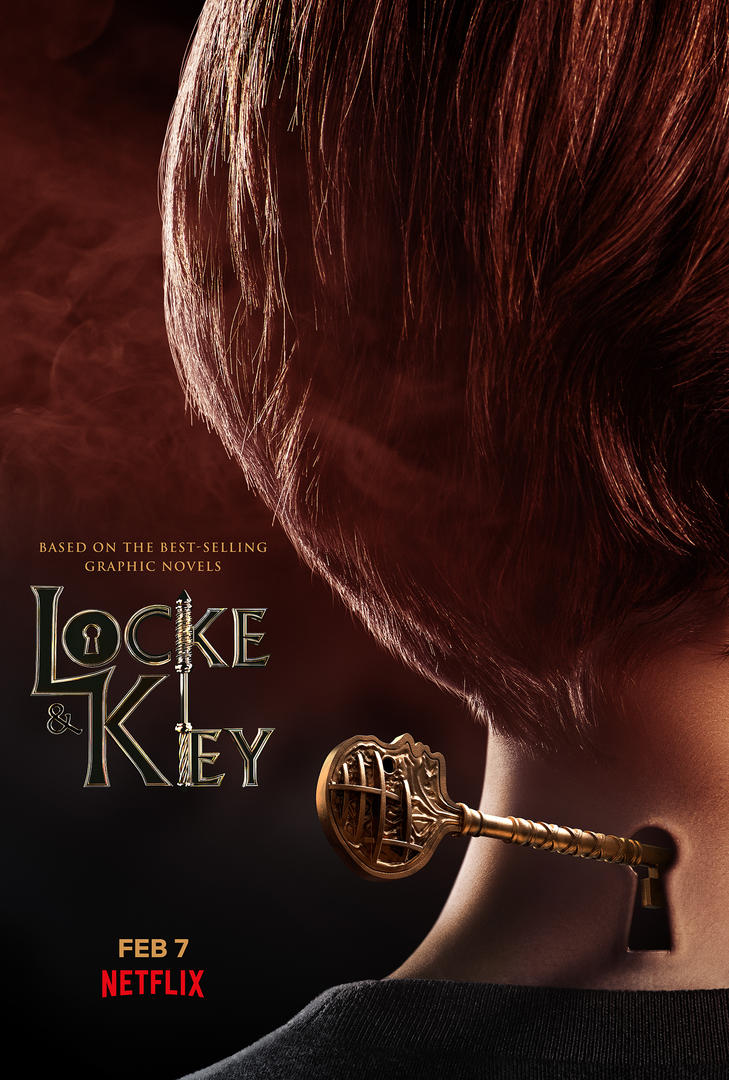 Locke & Key is based on the comic with the same name by Joe Hill and Gabriel Rodriguez. It tells the story of the Locke family. After their father is murdered under mysterious circumstances the siblings Tyler, Kinsey and Bode move with their mother Nina to their family mansion called Keyhouse. It's fun to see how Hill plays with words and names that connect to the story (which deals a lot with Keys). The family name is Locke which is almost Lock and they live in the Keyhouse. Nice touch.

Once the family have arrived at Keyhouse, Bode starts hearing whispers. It turns out it’s different keys that whisper to him because they want to be found. Each of the Keys are magical and once used the door they open leads to a specific place. There is the “Anywhere Key” that will open a door to any place you want to go...as long as you have seen the door you want to enter. There is the “Head Key” that lets you enter someone’s head and see what’s in there. There is the “Ghost Key” that turns everyone that enters through the door it opens into a ghost. And that is just three of the numerous keys they find.

However, they are not alone in wanting these keys. Something dark is also on the hunt for the keys and all of a sudden, the Locke kids are in grave danger. And as if that isn’t enough all these keys are in some way connected to their dad, Randell and his death. No one seems to remember how though…

Locke & Key is totally my kind of show. I love the setting, I love the story and I love the idea of being able to use a specific key for a specific purpose. The special effects are great, and I just love the sound the lock makes when they turn the key. The cast is great, and everyone does a superb job with their character. Usually kids can be a hard sell but here we see Jackson Robert Scott (that we know as Georgi Denbrough from IT) as Bode and he nails it and being just 12 that is impressive. 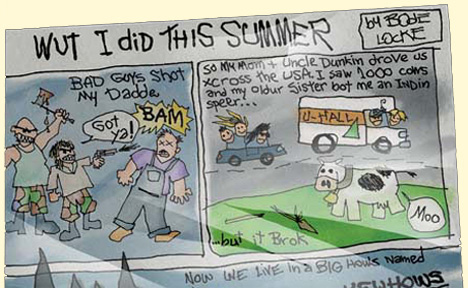 One thing though. Don’t expect a horror series. Some might since it’s based on a story by Joe Hill but this is more drama and fantasy than horror. Sure there are a few scares but the main focus of the show isn’t to scare the viewer, it’s telling a great story and that is exactly what it does!

I think Locke & Key will definitely be in the top 3 when I summarize the TV year 2020, that is how good it is. Now I just need a season 2! 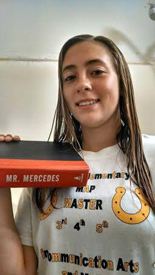