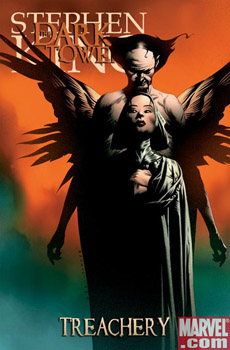 Treachery is here with it’s third issue and this time big things happens. Most of this issue deals with Roland’s parents and we get to see how his mother Gabriella and Marten continues their treachery against Roland’s father Steven. When we see her she is supposed to get forgiveness for what she has done but when Marten appears the temptation gets to big and she, once again, fails to be faithful to Steven.

Steven on the other hand has his own problems. On his way home Rhea sneaks up on him and…well let’s just say that it doesn’t end well for Steven and I haven’t given away to much of what happens.

At the same time Alan and Bert plans on going behind Roland’s back and get Maerlyn’s Grapefruit away from him. They do this because they want to save him but will Roland see it that way? I think not. As you can see the title Treachery is very fitting to this story arc…

We also get something called The Long Road to Treachery where we get the faces and names of all the big characters in the series. And although not much of this is news to those of us who has followed the series from the start it’s always nice to get it down on paper. We also get some sketches from pages in this issue. 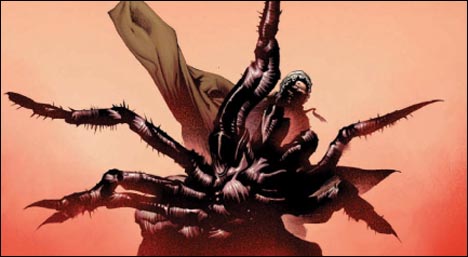 As usually the issue is very satisfying and on top of that this issue has a lot of disturbing (but interesting) events taking place and halfway into this story arc things are really starting to warm up.
Add or read comments 0 Comments
Close comments 0 Comments 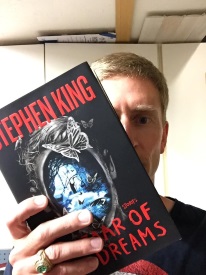