So, I have been looking at episode 3, 4 and 5 of the fifth season of The Dead Zone and so far the series stands it’s grounds very well and if it continues like this I can’t see why there won’t be a sixth season…

With that said let’s concentrate on these three episodes. 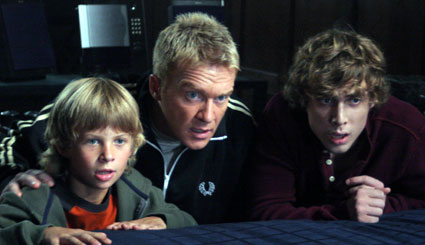 Panic (episode 3) is about how Johnny and J.J. are trapped inside Johnny’s house together with his neighbor that is on the run from some really bad guys that wants to kill him to prevent him from testify against a murderer in an upcoming trial.

To escape the trap his house has become Johnny gets help from his father and grandfather through visions that shows how they helped fugitives of the war to escape thought secret tunnels in the house.

This is a very intense episode and things are happening all the time. 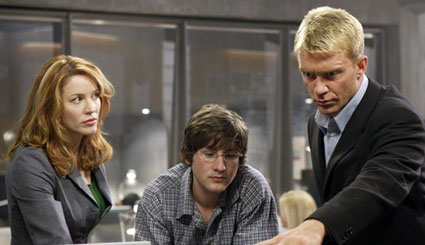 Articles of Faith (episode 4) is about a hate crime that takes place in Johnny’s home town. As it turns out everything isn’t as it first seams. The good guys aren’t always good and the bad guys are almost always bad in some way. If not for what they are accused of doing, then for something else.

This episode is quite current and deals with the 9/11 events and the aftermath of that. We also get to see Dana Bright (who has been missing in the cast list since the first couple of seasons) again. It was very nice to see her and event tough I don’t think it will happen I’d really love to see more of her in upcoming episodes. 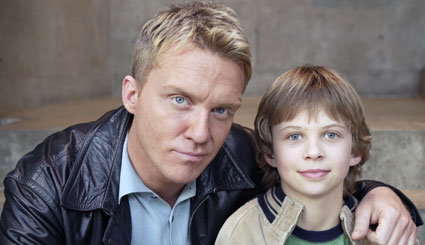 The Inside Man (episode 5) is about an exhibit taking place at Rev. Purdy’s church and one of the items displayed is a bone fragment of John the Baptist’s hand. Purdy has taken every precaution to prevent anyone form steeling it but he has forgotten one thing, the inside man…

Off course Johnny gets involved and as if that wasn’t enough J.J. is getting lost at the exhibit and has to find a way out.

Speaking of J.J. I wish the writers would make his character become tougher. Lets face it the boy is a wuss and it would do the character good to get some skin on his knees and nose and become tougher…if you ask me.

Another interesting thing is that during the 5 episodes I have seen so far there has been almost noting involving Sarah. I don’t know why but maybe Nicole deBoer has been busy with other projects or maybe it’s just because the scripts hasn’t involved her…which is a bit unusual since she is a regular cast. Anyhow, I hope she will be back soon.

As I said the season is progressing very well and I hope it will continue in the same style…with more of Sarah and…Dana off course. 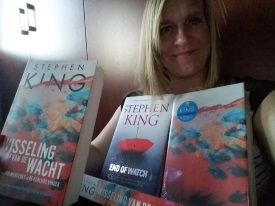