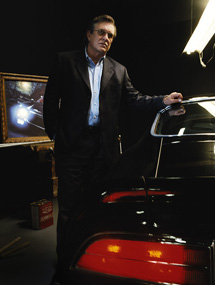 Third week of Nightmares & Dreamscapes are here. Today’s episodes are, like last week, pretty different. And unfortunately the second for this week, The Fifth Quarter, is the weakest episode so far…

The Road Virus Heads North is the story that has changed the most from the written one. Everything (almost) from the story is there but they have also added some. The biggest thing being that Kinnell’s ex wife now gets a much bigger part in the story. I don’t mind but it really doesn’t add much to the story either. It’s purpose though (I guess) is to make the episode a bit longer so that it will fill the entire hour it’s scheduled for. And it works.

First I had some reservations about Tom Berenger playing Richard Kinnell, I thought he might be a little too old (compared to how I imagined Kinnell when I read the story) but he pulls it off very well. He is very good in the role as a tormented author.

Aunt Trudy is also very nicely portrait by Marsha Mason and the painting that is the center of the whole story is very cool! I personally wound’s mind having it hanging over my bed… 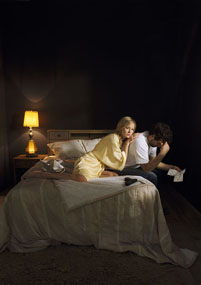 The Fifth Quarter is a pretty unusual story for King and it was originally published under the name John Swithen. It tells the story of Willie (Jeremy Sisto) who after being released from prison finds out from his dying friend that the friend has been involved in a robbery that resulted in $1 million. The only problem is that the map to where they money is hidden is divided in 4 parts and distributed to all four people who participated in the robbery. Willie sets out to get the other parts of the map and also to get revenge on the people how killed his friend.

The reason this one is the weakest so far is probably because it’s pretty slow and that is probably a result of the fact that The Fifth Quarter is a story that is very hard to bring from the pages in a book to the TV screen.

It’s still very viewable though and both Sisto and Samantha Mathis do a good job…but maybe this one was a bit to hard to translate.

So, after three weeks I still think that TNT has a hit on their hands even though this week wasn’t as exciting as the previous two. What really surprises me is how all the episodes really feel like they are part of a series…even thought they are done by different directors and are quite different in themselves. 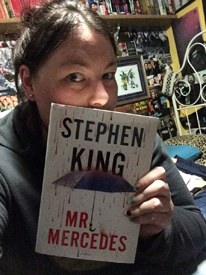