NEWS - EYES OF THE DRAGON

The Dragon Is Dead

Seth Grahame-Smith (producer on the two IT films) was set to be the showrunner for Hulu’s version of Eyes of the Dragon. The plan was that this would be Hulu’s Game of Thrones-like series but now it won’t happen. 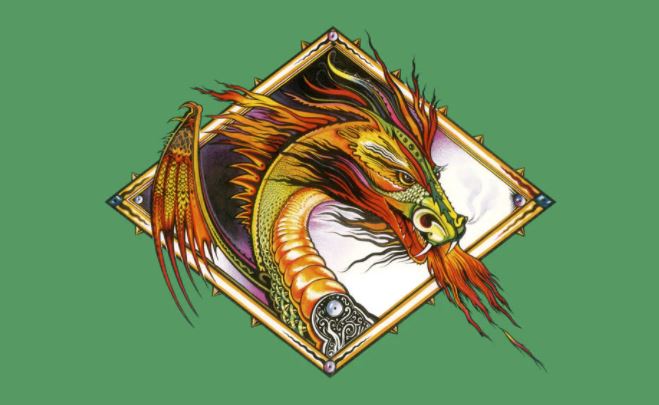 Eyes Of The Dragon Being Developed For Hulu

Deadline reports that Hulu have made a deal to develop a pilot based on Eyes of the Dragon.

Hulu has made a deal to develop a pilot based on the King novel Eyes of the Dragon, which was first published in 1984. Seth Grahame-Smith (Lego Batman Movie) writing the opening episode and serving as the showrunner. Fox 21 is the studio. Grahame and his KatzSmith partner David Katzenberg will be exec producers along with Bill Haber, Roy Lee and Jon Berg.

“I am so excited to be working in the world of Stephen King with with Hulu, which has such a terrific track record with Stephen King adaptations,” Grahame-Smith told Deadline. “The goal for this series is to feel unlike any Stephen King adaptation before, with this rich underlying source material, and the only true fantasy book he wrote that has kings and swords and princesses. We will honor the spirit of the book and the legacy.”

Eyes of the Dragon as a 4-hour mini-series

According to Bev Vincent King's agent says there are plans for a 4-hour mini-series based on Eyes of the Dragon. What do you think, can it be done?

Eyes of the Dragon headed for Syfy

King's book Eyes of the Dragon might find a home at Syfy.


Stephen King’s fantasy novel Eyes of the Dragon could at last become a movie or miniseries.

The 1987 bestseller is being developed by Syfy as a longform project, along with a scripted drama series based on the comic Grey Legion and two high-concept movie projects. The network is set to announce all the titles later today at its upfront presentation in New York City.

Michael Taylor (Battlestar Galactica) and Jeff Vintar (I, Robot) will pen the Dragon script, with Taylor and Bill Haber as executive producers.

The Eyes of the Dragon dead

According to the moderator of King's message board, the option for the animated version of The Eyes of the Dragon has lapsed.

Animation of The Eyes of the Dragon


The Eyes of the Dragon: Stephen King's fantasy epic has had its film/tv rights optioned to WAMC Entertainment whose proposing turning the novel into a $45 million budgeted animated feature. Talking with ScreenDaily, WAMC's French owner Sidonie Herman said "The storyline and characters provide all the ingredients for a classic fantasy, sword-and-sorcerer animated tale, but are also blended with Stephen King's own brand of suspense and dark humour". A screenplay for the project is being worked on right now and is due for completion early next year though one surprising movie is that while character designs will be done in the US, set and background animation will be done in Europe to try and better capture the novel's medieval setting.

...and ScreenDaily reported the following:

Los Angeles-based financing outfit WAMC Entertainment, headed by Frenchman Sidonie Herman, has optioned Stephen King’s novel The Eyes Of The Dragon, which it plans to adapt as a $45m animated feature.

WAMC – founded by Herman in 1995 – specialises in securing international production financing for North American and European film and television properties, mostly in the animation area.

The novel, which King wrote for his daughter in 1987, is set in a kingdom still inhabited by dragons, magicians and chivalrous knights. "The storyline and characters provide all the ingredients for a classic fantasy, sword-and-sorcerer animated tale, but are also blended with Stephen King’s own brand of suspense and dark humour," Herman told ScreenDaily.

The project’s screenplay, due for completion by early 2001, and character design will be originated in the US, while sets and background will be created in Europe, where Herman believes animators are likely to best capture the book’s medieval setting.

WAMC has worked with several leading North American and European production companies including the US’ Film Roman, Hearst Entertainment and Porchlight Entertainment, France’s TF1 International and Ellipsanime and Germany’s Cinevox, Studio Babelsberg and CLT-Ufa. It claims to have raised $57m in production finance in North America and Europe, and has also recently set up an international sales department, headed by Dominique Bovio.


The Eyes Of The Dragon being done in France

In the AOL chat that took place on September 19:th King said that the movie version of The Eyes Of The Dragon is being made by talented filmmakers in France.

The Eyes of the Dragon animated

It looks like the book The Eyes Of The Dragon will finally be turned it to a movie. This is what it said on King's official page on September 15:th:

The Eyes of the Dragon
Animated Film Adaptation

More info will appear as it is revealed. 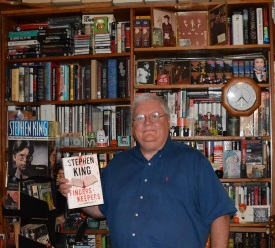