As reported yesterday the Gunslinger's Guidebook has been pushed back to August. Co-author Anthony Flamini posted this on the Marvel DT board:


"Yeah, the Gunslinger's Guidebook was originally envisioned as a handbook focusing on Roland's Hambry adventure and everything that occurred prior to that. But as Robin Furth and I discussed things in greater detail, we decided that we also wanted to feature profiles on the all-new Mid-World characters who would be debuting for the first time in the comic adaptation following the Hambry story arc . . . characters such as the ferocious General Grissom (of the blue-faced barbarians). So that's the primary reason for the book's delay -- but you'll be getting a superior product packed with much more original content! The wait will be worth it!" 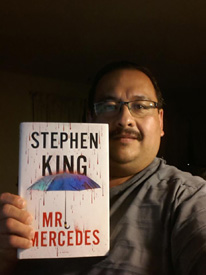