Get The Dark Tower comic at midnight

Every week comic book fans look forward to Wednesdays, the day new issues go on sale. On Feb. 7, one of those comics will be the first issue of a new seven-part series based on the Stephen King novel “The Dark Tower,” from Marvel Entertainment. To commemorate the event, almost 150 comic book retailers across the country will begin selling the issue at the stroke of midnight. A list of participating stores can be found at www.marvel.com/news/comicstories. Fans who flock to Midtown Comics in Manhattan will see a couple of special guests: Peter David, who writes the dialogue for the series, and Jae Lee, the book’s artist. The store will open for one hour. 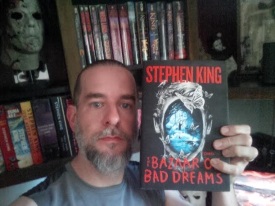