Great news for all fans of Joe Hill's Locke and Key:


Andy Muschietti, who has directed Stephen King's It and Mama, will take over helming duties for the previously announced Scott Derrickson. Derrickson had to exit the Hulu pilot because of a scheduling conflict with TNT's pilot adaptation of Snowpiercer.

Muschietti will also be credited as an exec producer on the Joe Hill comic book project and join his sister and established producer Barbara Muschietti. 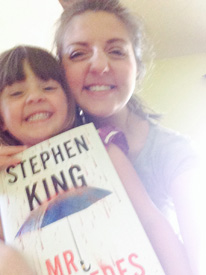