Below is the list of confirmed bookstores that will be sponsoring Stephen’s appearances. The format for these venues will be on-stage conversations and there will not be a book signing. Stephen will be pre-signing 400 books for each store that will be given out randomly at the event. More details will be released as they become available. 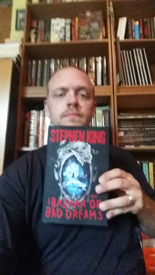