190 Days until End of Watch. How excited are you?

Here are two descriptions (SPOILER) of the plot.


IN ROOM 217 OF THE LAKES REGION TRAUMATIC BRAIN INJURY CLINIC, SOMETHING HAS AWAKENED. SOMETHING EVIL.

Brady Hartsfield, perpetrator of the Mercedes Massacre, where eight people were killed and many more were badly injured, has been in the Traumatic Brain Injury Clinic for five years, in a vegetative state. According to his doctors, anything approaching a complete recovery is unlikely. But behind the drool and stare, Brady is awake, and in possession of deadly new powers that allow him to wreak unimaginable havoc without ever leaving his hospital room.

Retired police detective Bill Hodges, the unlikely hero of Mr. Mercedes and Finders Keepers, now runs an investigation agency with his partner, Holly Gibney, who delivered the blow to Hartsfield's head that put him on the brain injury ward. Brady also remembers that. When Bill and Holly are called to a murder-suicide with ties to the Mercedes Massacre, they find themselves pulled into their most dangerous case yet, one that will put not only their lives at risk, but those of Hodges’s friend Jerome Robinson and his teenage sister, Barbara. Because Brady Hartsfield is back, and planning revenge not just on Bill Hodges and his friends, but on an entire city.

In End of Watch, Stephen King brings the Hodges trilogy to a sublimely terrifying conclusion, combining the detective fiction of Mr. Mercedes and Finders Keepers with the supernatural suspense that has been his trademark. The result is an unnerving look at human vulnerability and up-all-night entertainment.

End of Watch is a compelling and chilling suspense novel which sees retired detective Bill Hodges back on the trail of his nemesis Brady Hartsfield, the criminal the press called The Mercedes Killer. Foiled in his attempt to commit a second mass murder, Hartsfield is confined to a hospital brain injury unit in a seemingly unresponsive state. But all is not what it seems: Brady is able to influence both his physician and the hospital librarian to commit crimes in the outside world. Now, the technological genius has created a hypnotic electronic fishing game which compels users to commit suicide, and he is determined to target the three people who put him in hospital - Hodges and his sidekicks Holly and Jerome. Then he plans to initiate a suicide epidemic. For Hodges - and the city - the clock is ticking in unexpected ways...Both a stand-alone novel and the final episode in the Hodges trilogy, End of Watchis a tense read which takes the series into a powerful new dimension. 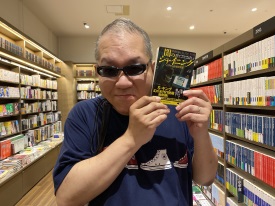