Looks like Ghost Brothers of Darkland County will be in a different format when it tours...


It's being done as a radio play format, i.e. instead of a play with sets as it was done in Atlanta, the actors will read their lines and sing the songs as though it was being broadcast to a radio audience and will be backed up by a live band. That is necessary because the tour is being done very quickly from one city to the next and this will save production time and costs to not have to do the stage set ups. 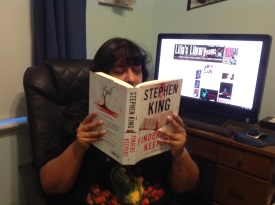