Deadline reports that Tate Taylor, who launched his writing and directing career by getting the option on The Help before author Kathryn Stockett was done writing it, has gotten himself on the ground floor of another sure-fire bestseller. Taylor has been granted an option by Stephen King to adapt and direct Joyland, the King novel that will be published in June. Taylor will adapt to direct, and John Norris will produce through his Wyolah Films banner. Taylor will also produce. 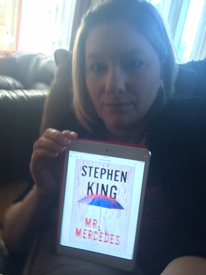