Episode 9: Lilja & Lou Find Haven, Not An Altercation, With Batman & Robin - of the Lilja & Lou Podcast is now out.

We review the first four episodes of the third season of Haven.

On the written side of things we review the latest Stephen King short story found in the September issue of Harper's Magazine: Batman & Robin Face An Altercation.

You can find the Carrie article we referenced written by Darren Franich over at EW.Com -

We hope you will all enjoy this episode and as usual we want to hear from you, good or bad, we want it all!

Listen here or on iTunes. 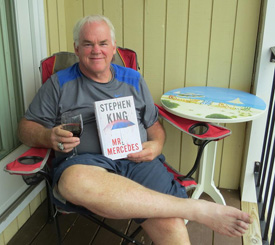