Mick Garris have now commented on the news that he will be doing the TV version of The Talisman. Here is what he said:


Yes, TALISMAN is real. The deal was just made. It's with DreamWorks, Kennedy-Marshall, and ABC. Don't know when, since the strikes might happen, but I'm about to begin the script, working from the feature draft by Richard LaGravenese. No cast yet.

Garris have also talked to Smilin Jack Ruby. In that talk Garris also spoke about Riding the Bullet, The Sun Dog and Desperation. Here is his report (from Dark Horizons):

The Talisman: 'Smilin Jack Ruby' talked with Mick Garris about his upcoming adaptation of Stephen King's "The Talisman" that he'll be doing once he returns from a trip to Cuba with his wife. The four-hour mini-series will begin production on a date depending upon the length of the upcoming strikes, and after he plans to turn King's "Riding the Bullet" (which Garris has already adapted into a screenplay) into a theatrical feature. "The Sun Dog" IMAX project is on hold, whilst "Desperation" may become a miniseries as CBS has approached him about it (but he usually works with ABC so will give them 'first dibs' as they say). 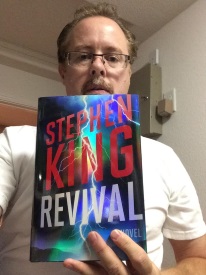