Ghost Brothers ready for the stage

Here is a first repport about King's apperance at The Alliance Theatre's "Taste of the Season". More to come...

The musical, based on a legend about the deaths of two brothers and a girl at a rural cabin, was originally scheduled to debut at Atlanta's Alliance Theatre two years ago, but was postponed.

King says Mellencamp and the play's director weren't getting along. The new director is Susan Booth.

King says Mellencamp wanted it set in the South because he admires Tennessee Williams. King says that worked for him because he'd been reading William Faulkner novels.

He says the play, which opens next April, was designed for a small stage, small cast and small technical requirements, "sort of the anti-Spiderman." 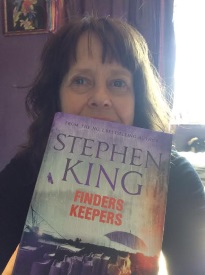