In a new interview John Mellecamp had this to say about his collaboration with King:


Q: What's the status of this multimedia collaboration between you and author Stephen King, "Ghost Brothers of Darkland County?"

It's the "Sgt. Pepper's" of Americana music. We did the dialogue and that includes Meg Ryan and Matthew McConaughey. We're putting it all together and are trying to get this staged in Atlanta during the spring or fall of next year. Liv Ullman, who was Ingmar Bergman's muse, will be directing. ...

This is a hell of an undertaking; just getting everybody together to read and sing is like putting kitties in a bag. Steve and I started working on it 10 years ago. 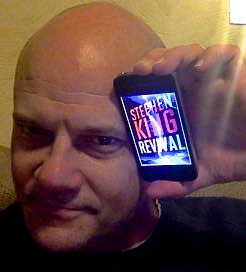