Mellencamp, King Going Back To Work On Play

John Mellencamp will spend the bulk of November working in New York with Stephen King on their long-gestating play with music, "The Ghost Brothers of Darkland County." Details of the project was first revealed by Billboard in the fall of 2000.

Mellencamp previously said the play is about "two brothers; they're 19 years old or 20, maybe 18 or 21, who are very competitive and dislike each other immensely. The father takes them to the family vacation place, a cabin that the boys hadn't been to since they were kids."

"What has happened is that the father had two older brothers who hated each other and killed each other in that cabin," he continued. "There's a confederacy of ghosts who also live in this house. The older [dead] brothers are there, and they speak to the audience, and they sing to the audience. That's all I want to say, except through this family vacation, many things are learned about the family, and many interesting songs are sung."

Having just concluded a summer tour with John Fogerty and the 20th annual Farm Aid benefit, Mellencamp will perform Oct. 29 at Neil Young's Bridge School Benefit in Mountain View, Calif. Two additional benefit shows in New York are in the works for November, but details have yet to be announced.

Meanwhile, Mellencamp's paintings will on display from Nov. 18-Jan. 7 at Indiana University's Herron School of Art in Indianapolis. 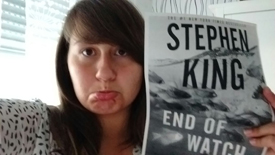