Here are two articles about King's visit to Minneapolis:

And there were also an update on where Danny Torrence is today:


King elaborated on his idea about where Danny Torrence is today. He said Danny's working in a hospice, taking care of the dying. He has an idea for a novel with Danny and also a title--Dr. Sleep--but also said he thinks the idea has gone beyond its sell by date and that the time for writing such a book has passed. 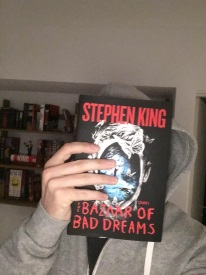