Tom Gordon might star as himself in this movie. If the financing can be arranged. The movie will be directed by horror-film maestro George Romero. Several attempts to reach Gordon were unsuccessful, but King said he seems excited about the prospect.

"I've worked with George, and he takes good care of people," King said. "Tom won't have to be Wesley Snipes or Cuba Gooding Jr. He's a young enough guy to be adventurous." 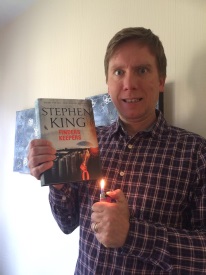