Romero will make a film of Gordon

King's official web page confirms that the movie version of The Girl Who Loved Tom Gordon will be done by George Romero. It's currently in production with Romero's as director. It'll be based on his own screenplay.


"The Girl Who Loved Tom Gordon" will be filmed by George Romero!

In a recent interview with Wicked magazine, George Romero stated that he has written a screenplay for and plans to start directing a film adaptation of "The Girl Who Loved Tom Gordon" in the summer of 2000.

Thanks to Kev at Charnel House.
Read all The Girl Who Loved Tom Gordon news
To the news archive 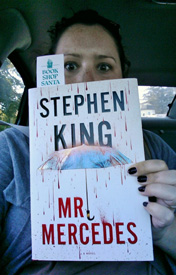