It looks like there will be a readin of Blaze in the UK:


BBC Radio 7 (uk) is doing a six part series of Stephen King's Blaze. "George is dead - but he's got a con job for Blaze, who can still hear him. William Hope reads Stephen King's 'lost' thriller."

The series carries on daily at the same time.

If you would like to listen to this series, here is the link to the BBC iplayer worldwide)

Or you could watch Via Digital Television (in the UK):

All BBC national digital radio services are available on Freeview digital television through an aerial. Freeview EPG No. for BBC Radio 7 is 708.

And in some areas via digital cable television. Virgin TV EPG No. for BBC Radio 7 is 910. 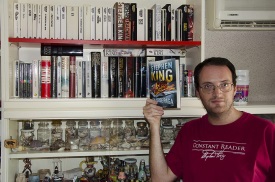