Comments on King and Marvel 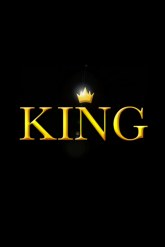 
STEPHEN KING IS writing a graphic novel for Marvel Comics. Illustrated by Jae Lee, well-known American illustrator of comic books, it will form the eighth volume in King’s Dark Tower series, published by Simon & Schuster in the States and Hodder in the UK. Marvel is distributed worldwide by Diamond Book Distributors and publication is scheduled for next autumn.

"In a move that can only continue to elevate the literary and commercial cachet of the graphic novel format, sources say that bestselling novelist Stephen King has agreed to write a new installment of his Dark Tower series as a graphic novel to be published in 2006.

"A spokesperson for Marvel Comics, which will announce the deal on Friday, confirmed that they will publish a King work, although they didn't disclose details. Marvel was dropping hints about a possible King book at this year's Comic-con in July. Sources say that the new Dark Tower installment will be published first as a comic book periodical beginning in April and later released as a Marvel hardcover in the fall of 2006. The artist on the book will be veteran comics illustrator Jae Lee and the colorist is Richard Isanove, who won a recent Quill Award for his work on Marvel's 1602."

To add a little more proof to the fire, we went to Jae Lee, asking him if the rumors had any merit. He would not comment on the subject.

When asked to comment on the report, a Marvel spokesman said, "Marvel will be releasing the correct info of what 'King' is on Friday."

Thanks to IGN, Rocky Wood, Ariel, David Blais and Nick Bolanos.
Read all The Dark Tower Comic news
To the news archive 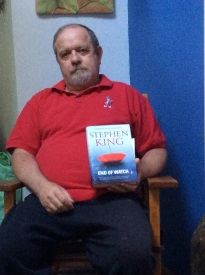