Ghost Brothers of Darkland County in 2009

The king of goosebumps and a soon-to-be Rock and Roll Hall of Famer are creating a new musical that will debut at the Alliance Theatre.

Mystery writer Stephen King and Grammy Award-winning pop-music legend John Mellencamp, both newcomers to theater, will unveil the world premiere of "Ghost Brothers of Darkland County" in April and May of next year, the Alliance has announced.


"It is John Mellencamp's musical style and it's Stephen King's gothic style, and I just thought it was too cool to pass up," Alliance artistic director Susan V. Booth says.

Set in 1957, "Ghost Brothers" centers on a simmering 40-year-old legend about the strange deaths of two brothers and a beautiful young girl in the fictional town of Lake Belle Reve, Miss.

Booth says it's too soon to say if the show will transfer to Broadway but that commercial producers will be charting the musical's progress. In a recent Rolling Stone interview, Mellencamp said, "If it goes well in Atlanta, then we'll come to Broadway. If it don't go well in Atlanta, we're done."

Mellencamp, who has been working on the piece for eight years, is to be inducted into the Rock and Roll Hall of Fame on March 10.

Booth said the idea for "Ghost Brothers" came from a story Mellencamp heard as a youth in his hometown of Seymour, Ind. When the writer of hits "Jack and Diane" and "Hurts So Good" decided to turn the material into a musical, he realized he needed a book writer.

At that point, Booth says, Mellencamp thought: "Wait, it's a ghost story. Who's the best ghost story writer there is? So his people talked to Stephen King's people, and now they are buddies and they have written this musical together."

Booth describes the show as "a theatrical piece with music." There will be a live band onstage, and New York director Peter Askin will direct. Askin's credits include Eve Ensler's "The Good Body" and John Leguizamo's "Sexaholix" on Broadway and John Cameron Mitchell's "Hedwig and the Angry Inch" off-Broadway.

"John and Stephen have the kinds of names and reputations that are going to attract people's curiosity," Askin says, "and the fact that they have not worked in theater before is an interesting thing."

He describes the musical style as zydeco. "It's Southern and it's kind of country."

"Ghost Brothers" will join an impressive list of new musicals to play the Alliance since Booth arrived in 2001. "The Color Purple," "Sister Act: The Musical" and "The Women of Brewster Place" have all helped put the Alliance on the national map. Last year, the Alliance won the regional Tony Award for sustained excellence.

The Alliance is expected to announce the rest of its 2008-2009 season this week. 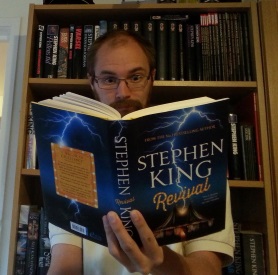