The Dark Tower V: Wolves of the Calla 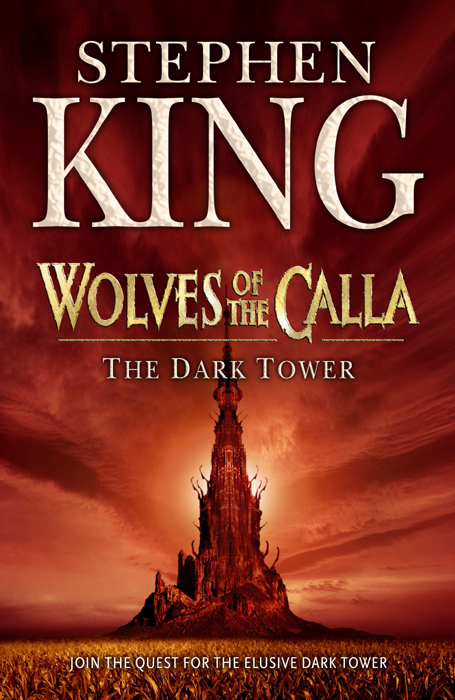 So, it's finally here, the fifth installment of The Dark Tower. Six years after Wizard and Glass was released. Luckily it will only be about 9 month until installment six is in our hands.

The plot of Wolves of the Calla is that Roland and his ka-tet are asked to help the folks at Calla to stop the Wolves to steal their children. Every 20 (or so) years the Wolves come for one child in a set of twins. The children are later returned Roont, stupid and destroyed. They grow to un-normal size and they die early.

The problem is that the Wolves seam impossible to kill and they have weapons like the folks of Calla don't. It seams like an uneven battle until Roland and his ka-tet find the wolves' secret…

In Wolves of the Calla we also get to meet Father Callahan (notice the similarities of his name and the towns name) from 'Salem's Lot. There are quite a lot about Father Callahan and about what he has done since 'Salem's Lot in the book. It's interesting to read though so it's no problem. Callahan is also woven into the bigger plot when King places him at the waystation from The Gunslinger (book one).

Something that plays a really big role in Wolves of the Calla is Black 13. This is one of the glass balls that make up The Wizard's Rainbow that are mentioned in Wizard and Glass (there Reah of the coos have one of the glass balls, not Black 13 though). Black 13 is the most powerful of them all and it makes Roland and the others go TODASH. To go TODASH means that they travel without going through a door but enter other worlds like ghosts. The gang returns to New York around the time Jake finds the rose (book three).

We also get to meet Andy the Messenger Robot. This is a robot that has survived through times and now mostly run errand, tell the folks of Calla their future and sing songs. I say mostly because Andy has one really important task. He is the one that tells the folk of Calla when the Wolves are coming… 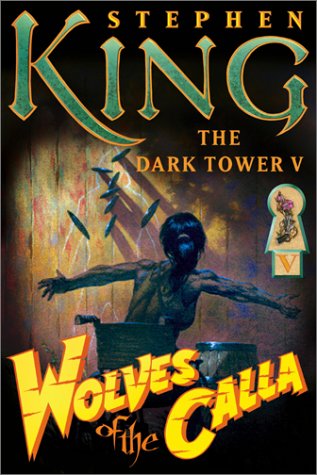 Besides the battle with the Wolves we also learn more about Susannah's pregnantsy (that we got a hint about in book three) and as usual the book ends with a cliffhanger. The questions after reading Wolves of the Calla are many and hopefully they will be resolved in the next book.

King also provides some interesting background info to the story in general in Wolves of the Calla. We get to know a bit more of what happened to Roland's childhood friends. Wolves of the Calla also ties a lot of the early events together and it feels like King is making an effort to make all the five books feel like one story, it's done in a superb way. I really like it!

As usual King is also adding in connections to himself and other books.

On the menu at The Manhattan Restaurant of the Mind King himself is mentioned as one of today's specials. King said he would be a character in the series and this might be it but it may also be a lot more of King in the upcoming books. My guess is that we will se more of Stephen King as a character in the two last books but...as I said, that is just me guessing. There is also mentions of 'Salem's Lot as a book by no other then Stephen King.

Further connections to King's work are:

Claudia y Inez Bachman is now the author of Charlie the choo choo. She is off course the wife of the late Richard Bachman. Low men, Regulators and Big Coffin Hunters are also mentioned.

Lilja's final words about The Dark Tower V: Wolves of the Calla

After reading Wolves of the Calla I feel that this is one of the strongest books in the entire series. I know, I know, that is how you feel of most books just after you have read them, right? But I have a feeling that this time it's true. Wolves of the Calla is a really strong book and probably one of King's best ever. 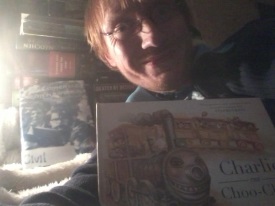