Rest Stop As A Feature Film

Legendary has attached Alex Ross Perry to write and direct a film adaptation of King's Rest Stop (first published in the December 2003 issue of Esquire Magazine). Craig Flores (300, 300: Rise of an Empire) is producing through his Bread & Circuses label, while Alex Garcia and Ali Mendes will oversee the project for Legendary. 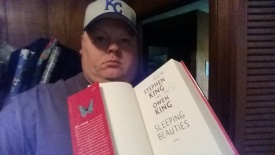