Mile 81 King's Next Story To Be Filmed

Mile 81 is being filmed later this year.

Alistair Legrand (Clinical) has been set to direct supernatural horror thriller Mile 81, based on the 2011 novella by Stephen King. Producer is Ross M. Dinerstein, who recently produced Netflix’s King adaptation 1922 and the streaming service’s John Grisham inspired docuseries The Innocent Man. Paradigm is handling sales, and introducing the project at the European Film Market in Berlin.

Script comes from Legrand and Luke Harvis (The Diabolical). Production is planned for fall 2019 with casting discussions underway. 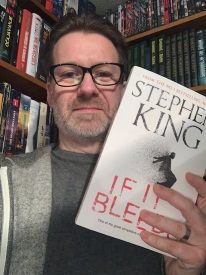