Hearts In Atlantis Set For The Big Screen

This movie will go by the title Hearts which is probably a smart move.

The story centers on a group of poor freshmen, surviving off scholarships and aid packages, who become obsessed with the highly addictive – and highly vindictive – card game Hearts and find their world starts to slowly unravel. Their grades begin to fall, and one by one they flunk out at a time when life outside college meant the draft and the jungles of Vietnam.

The Fyzz Facility’s James Harris will produce the new film alongside colleagues Mark Lane, Robert Jones and Wayne Marc Godfrey. The company will also put together the finance.

“We are delighted to be able to tackle material that is reminiscent of classic Stephen King adaptations like ‘The Shawshank Redemption’ and ‘Stand By Me,'” says Harris. “This is a wonderful story, and Johannes and Ernest have again proved what fantastic writers they are with a wonderful adaptation of King’s source material. We are excited to start casting for the film and working towards production in 2017.”

Read the entire article over at Variety. 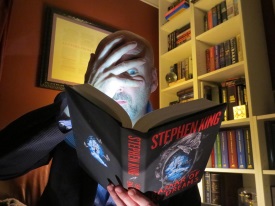