I spoke to Mick Garris today and he told me that he will start shooting Desperation, which has gotten its official green light, for ABC in September. He continued by saying that the casting director starts working today, so there is no cast yet. The script however is written by King and finished and it will all result in a three-hour movie for ABC, not a miniseries. 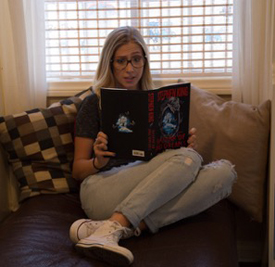