Mick Garris next movie is Riding the Bullet but after that it's Desperation's time. Here is a quote from Creature Corner:


After that project, Garris is said to be moving on to something I've wanted him to direct for a long time now, 'Desperation'. The King novel, in case you're unfamiliar, concerns a group of people that get stuck in a small Nevada town called Desperation and have to ban together to fight a manifestation of pure evil known as Tak. It's a great story, and the script was originally written by Stephen King himself (read my review of it here).

'Desperation' has been sitting over at New Line for countless years, but I guess it's been moved somewhere else since the movie that Garris will direct is set to be a 4-6 hour miniseries (on ABC, I'm sure). That also means the script I read many moons ago will probably not be used, but here's hoping we get something of the same quality. 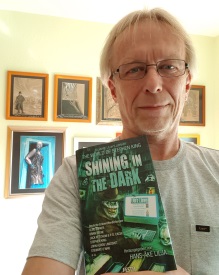