A Director Moves To Castle Rock

Castle Rock has it's director. According to Deadline Michael Uppendahl has been set to direct the pilot.

Helming a pilot or a first episode is the top directing assignment in television because it sets the visual style and tone of a series.

Thanks to Ami Sandler 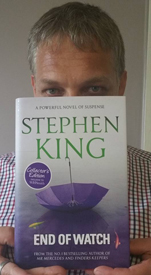