Lilja in the papers

As promised, here is the article about Lilja’s Library translated into English. It was done with Google translate and some touches from me but I hope it’ll give you the basics…

Spend his spare time on horror

The goal was to meet and interview the author Stephen King. That he has done - several times. Hans-Ake Lilja from Örebro runs the world's biggest fan site about the horror master.

Back in 1996, when ordinary people was starting get Internet in their homes, Hans-Ake Lilja from Örebro created the website Lilja's Library about horror writer Stephen King.
- There were not too many good website about him, so I learned how to do my own. It was not that difficult in those days, says Hans-Åke but then he works as a software developer.
At first the site contained only text and the number of visitors was modest. 16 years later the site has grown to become the world's biggest fan site about Stephen King and the two dreams that Hans-Ake had from the beginning has now come true.
- One was to interview King, and I've got to do that twice over the phone. It took five years of exchanging emails with his assistant the first time. The second time it went a little faster, says Hans-Ake with a smile. The second dream was to meet the author, something he got to do when the King was visiting London for a publishing event.

It is difficult to understand both how big the site is in itself is as well as who big King is as an author. Lilja's Library currently has around 1.100 unique visitors each day and more than 13.000 people like the site on Facebook. And two years ago part of the website’s content was published as a book with the same name.
The author Stephen King has since 1974 published 68 books and been translated into around 40 languages. Today he releases about one or two books a year.
- In Sweden he’s been labeled as a horror writer and he is not as big here as he is in the US. It’s a pity that so few know that it’s King how’s written the books that both "The Green Mile" and "The Shawshank Redemption" is based on.
Why read so much by Stephen King?
- In addition to that they are good stories, they are also very fascinating. They often start out as very normal, everyday events that then turn into something else. Something scary.
- Fear is a very strong feeling. Joy and sorrow are as well but harder to write about. If you get an uncomfortable feeling when you read a book, then it’s usually a good book.

But so far, fear has not influenced Hans-Åke too negative.
- No, it's not like I have to sleep with the lights, he says with a laugh.
Perhaps that will change this fall though when he and his family goes on a dream vacation to the US where they will visit Universal Studios, which offers a different kind of tourist attraction.
- They will re-create the settings from “The Walking Dead” and I'll run with zombies smiles Hans-Åke. Maybe after that he’ll start sleeping with the lights on. Unless he himself turns into a zombie that is... 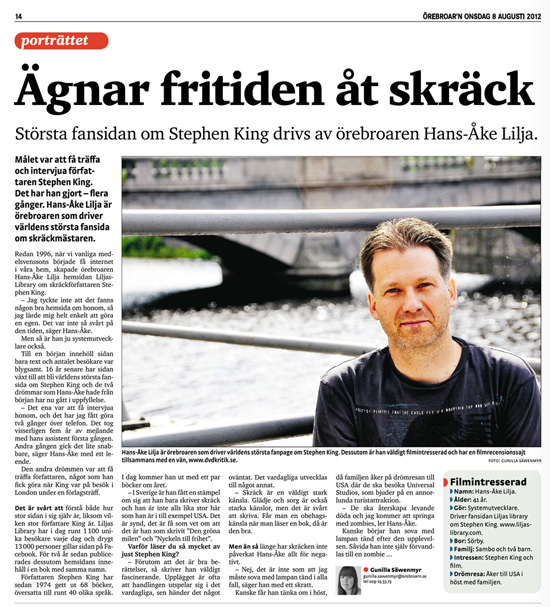 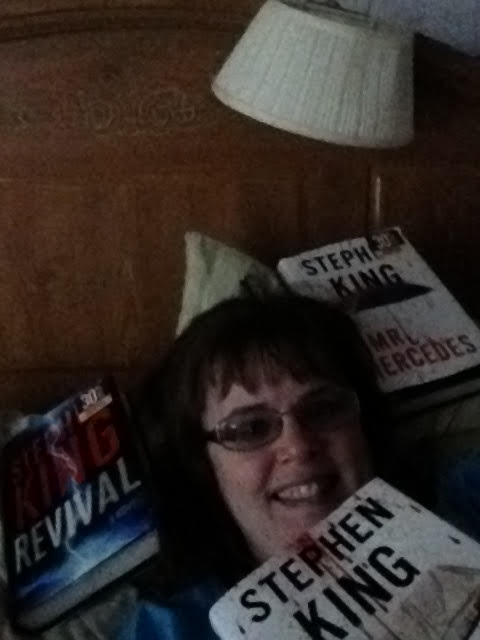