JJ Abrams and The Tower


Wired News: Turning to your Stephen King project for a second, The Dark Tower wasn't well-received by most critics or even some die-hard Stephen King fans. What attracts you to the project?

Abrams: This is something that we are just now talking about with Stephen, so it's too early for me to say that we're even officially doing it yet just because the thing is in the early stages of discussion. I love what the The Dark Tower is. Damon Lindelof is obsessed (with it). We met Stephen, who was just the greatest, and hit it off. What's exciting to me about it is that it is a very edgy epic. You could . . . say it's his Tolkien Ring series, but I feel like it has a potential of being a lot more. I think that sense of that great hero, that sort of Western, iconic, almost spaghetti-Western-type hero in this landscape is just an amazing -- it feels iconic to me. 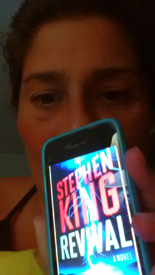