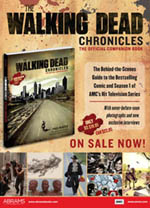 Check out The Walking Dead Chronicles: The Official Companion Book (Release Oct. 4, 2011). It's the only authorized, behind-the-scenes guide to season one of The Walking Dead.


Focusing on the making of the first season of the Golden Globe-nominated TV show, as well as the creation of the New York Times bestselling comic book on which the series is based, The Walking Dead Chronicles is lavishly illustrated with never-before-seen unit photography, storyboards, set designs, makeup and visual effects shots, and page-to-screen comparisons of the comic and TV show.

I don't know about you but I'll be checking this out!
Read all Non-King News news
To the news archive 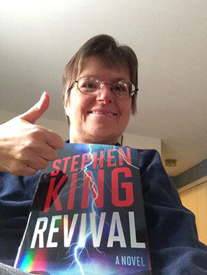