David Yates to make a stand

Bloody Disgusting reports that David Yates is thinking about turning The Stand into a three part movie:


David Yates, who directed the last four Harry Potter films, has the pick of the litter — or should we say, pick of the literature? — at the studio. Warner Bros. Pictures' top priority is a multi-picture adaptation of Stephen King’s The Stand. Vulture's spies report that Yates is flying into town tomorrow, and has been rereading King’s epic-length supernatural classic. Yates will decide if he wants to do the film sometime in the next two weeks. It is a big commitment, as the studio wants to split the giant book into three parts. 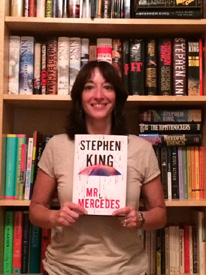