Mr Mercedes premiers on Direct TV August 9th and when you watch it your main focus will probably not be on what the characters are wearing. But maybe you should? I got to talk to the shows costume designer Hannah Bender and she had some really interesting things to say. And I think I’ll keep a closer eye on the characters clothes from now on. Here is what she had to say. She also sent along a few behind-the-scenes photos. 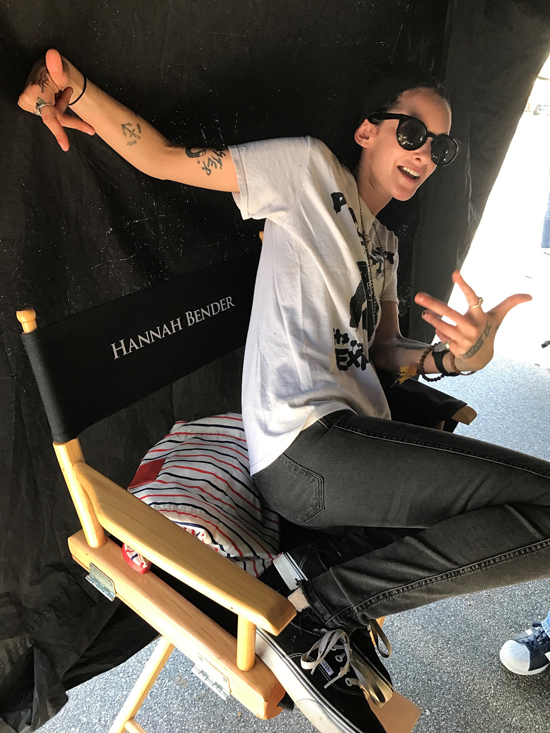 Set life! First time in my own chair!!!

Lilja: Can you please tell me a bit about yourself? What you do for a living?

Hannah Bender: I'm a Los Angeles born and raised costume designer. I just wrapped up season 1 of a new series called Mr Mercedes based off of a Stephen King trilogy which was adapted by David E. Kelly into a brilliant show run by director producer Jack Bender. It is staring Brendan Gleeson, Harry Treadaway, Mary Louise Parker, Holland Taylor, Jahrell Jerome and many others! 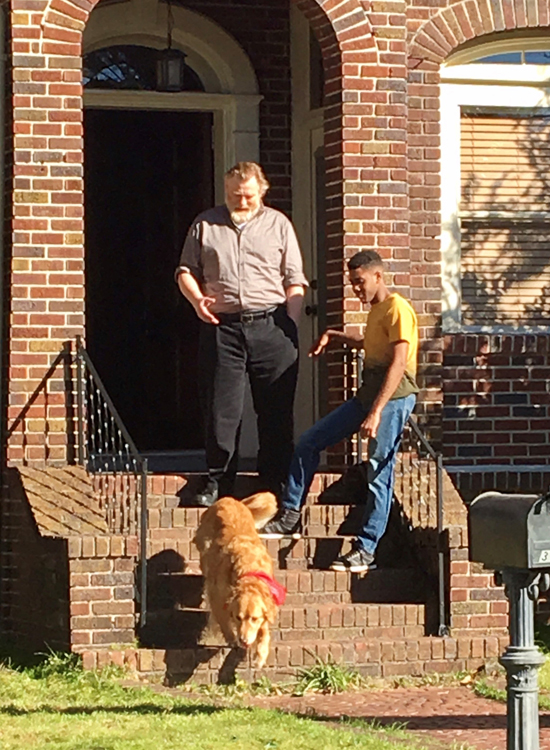 Lilja: What made you want to become a costume designer?

Hannah Bender: When I was around 8 or 9 years old I was watching TV and somehow came across an old live performance by David Bowie from Holland in 1974 and I was forever changed as was the way I saw the world. He was just unlike anything I had ever seen. When I was a young teenager I was influenced by a lot of British punk and started sewing patches onto my jeans with dental floss, cutting tee shirts and pants up and using sandpaper and literally dragging things on the pavement to look aged. I also experimented with a lot of dying clothes different colors. I always was asked where I bought my clothes and everyone definitely associated me with my "different" sense of style. It was always the way I expressed myself. When I realized it was something that you could actually do for a living ... well I found my home. 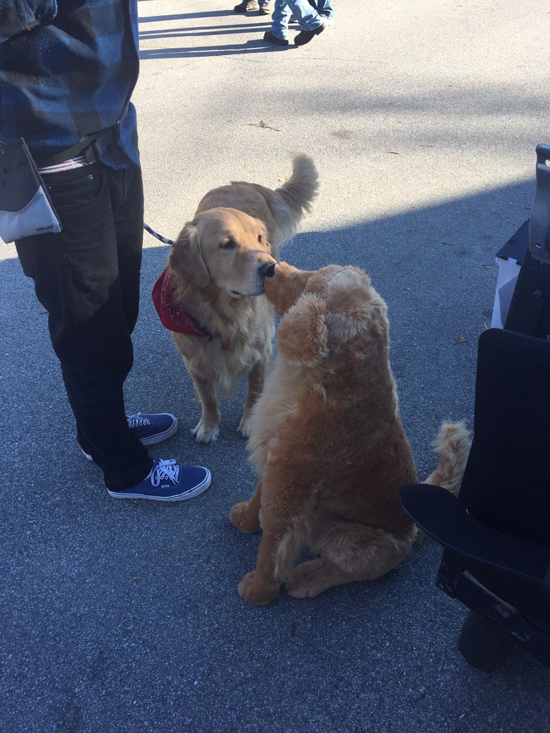 Lilja: How did you get involved with Mr Mercedes?

Hannah Bender: I got involved Mr Mercedes due to my previous work on Stephen King’s Under the Dome. Also I have worked with this group of producers for almost 6 years now, and well... I'm kinda the best. 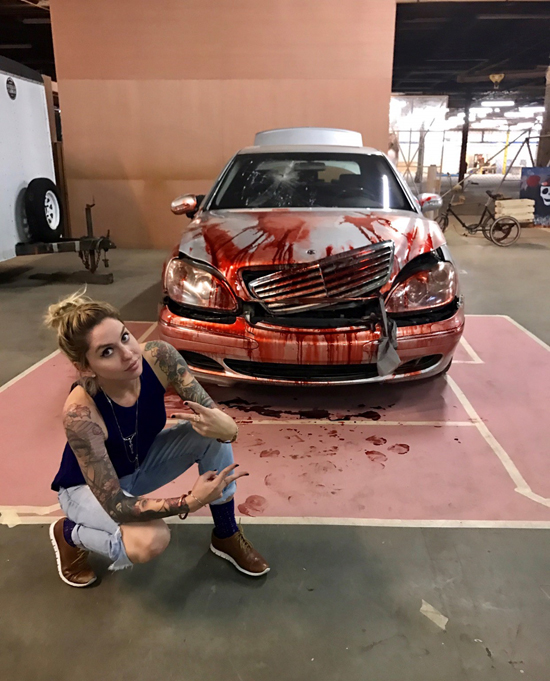 Lilja: You are responsible for all the clothing we see on the show. Can you tell me a bit about how it works?

Hannah Bender: Yes. I am the costume designer which means I am responsible for any clothes that are worn by any actor on screen. To simplify as much as possible the process is as such;

1. We read the scripts and come up with "mood boards" aka boards for each character for the specific episode and put pictures down of ideas of what they will be wearing in each scene- even as specific as when someone will have their tie off, or sleeves rolled up.

2. We meet with our director and show runner to show them what we are thinking for each character. Once we get the approval we go meet with the art department and visit the sets to make sure the clothes go with the sets and we aren't putting someone in a blue shirt in front of a blue wall etc.

3. I send out shoppers to execute my vision for the characters. They come back with racks and racks of stuff from all different stores and then I edit down what I want and don't want.

4. I call the actor in for a fitting. This involves myself- my assistant Genna Poleti, and my seamstress Michelle. We have a fitting try on everything, take into account how the actor feels in the clothes and how I think the clothes look on the actor. We make alterations when needed and even send the pieces to our genius ager and dyer Janet Melody to create the look of being old and worn in. We send final fitting approval pictures to the director and once I get the okay, they are bagged up, tagged and put on the trailer for next day’s work.

We work in an incredibly chaotic environment where there is never enough time and never enough people but somehow it happens. I guess that's why they call it the "magic" of moviemaking because somehow with my incredible team of 17 women we made it happen every day. 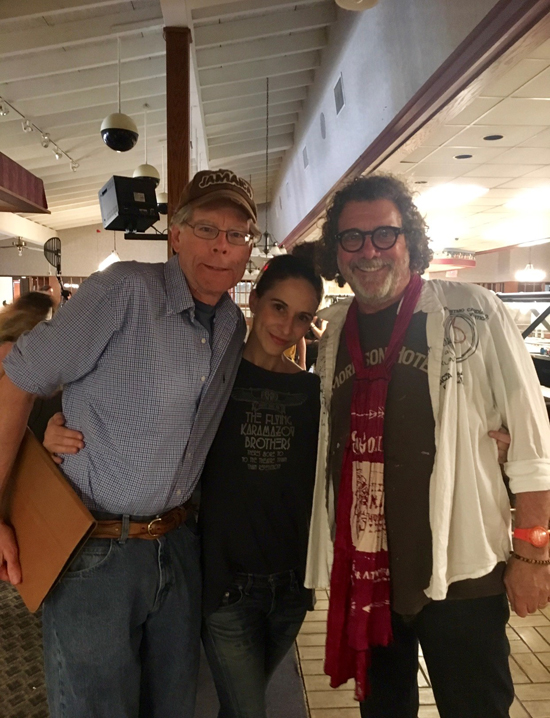 Lilja: How long before shooting starts do your work begins?

Hannah Bender: Usually if it's a first season show it's three months. But once a show is established it's more like a month or so. 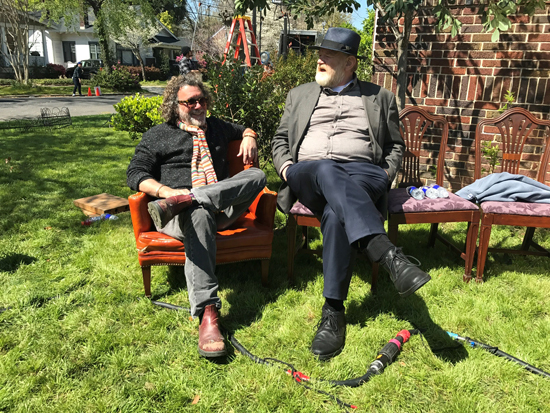 Lilja: Just to give us an idea for how much clothes there are in a production like Mr Mercedes, how many pieces did you make for Brendan Gleeson?

Hannah Bender: Well to give you an idea we had 3 wear houses about 3,000 square feet each filled with racks of clothes throughout the production. Someone like Brendan Gleeson honestly didn't have that many clothes, for being the character that he is, a retired detective who's somewhat let himself go, and being Ohio in 2010, I had to keep the "humanity" in it. And despite my instincts try and not make everyone look "cool" but appropriate for the time and place. I would say Brendan had 6 sport coats, 6 pairs of slacks, 2 full suits, 4 pairs of sweats, and tee shirts and maybe 3 pairs of shoes. We kept him very true to character. 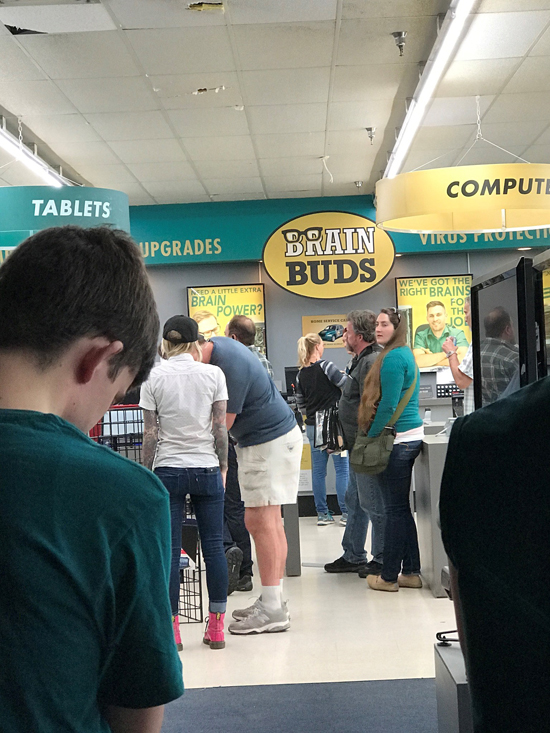 Lilja: How much is up to you and how much is already decided? For example, the work clothes Brady and Lou where at Supreme Electronix. Did you come up with their looks and the logos?

Hannah Bender: Well in terms of the clothes it's pretty much all up to me. Some things are scripted such as "Brady enters store in uniform". And it's up to me to create the look of the uniforms. After looking at the sets and colors, for instance in Supreme Electronixs I saw the set was mostly teal and gold and white and grey. What would pop the most but still look uniform? Also I had to decide should they all be exactly the same, can they have different variations, and if so, does what they wear show their rank ? The art department makes the store logo and from that I decide where on the uniform it should go, whether it should be screen printed or embroidered etc. So the answer is yes. I designed the Supreme Electronix uniforms and the ice cream uniform along with the police, fireman, bomb squads etc. 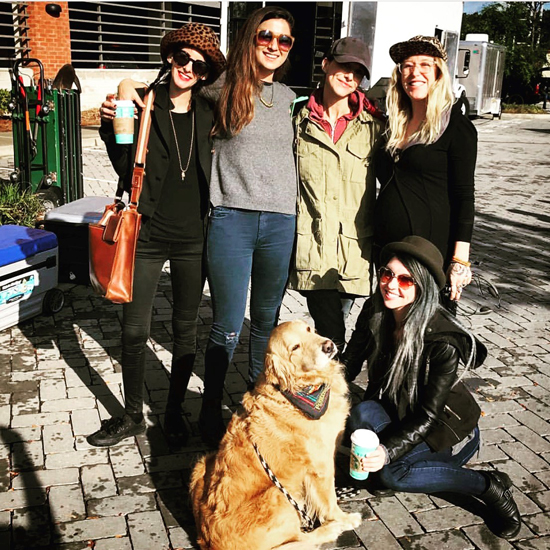 Lilja: Are you also responsible for say if a character spills something on his or her shirt that the stain is there in the next shoot as well?

Hannah Bender: Yes I am. Well not me personally but my team who work set for me are responsible to hold all continuity. So if someone gets stabbed and the blood goes everywhere- when we reset it's my teams job to make sure it's exactly where it was in the previous shot. Even as unimportant seeming as sleeves rolled up or down, collar up or down, was the top button of the shirt buttoned or undone? Was the necklace out of the blouse or tucked in... that's what we call keeping continuity. 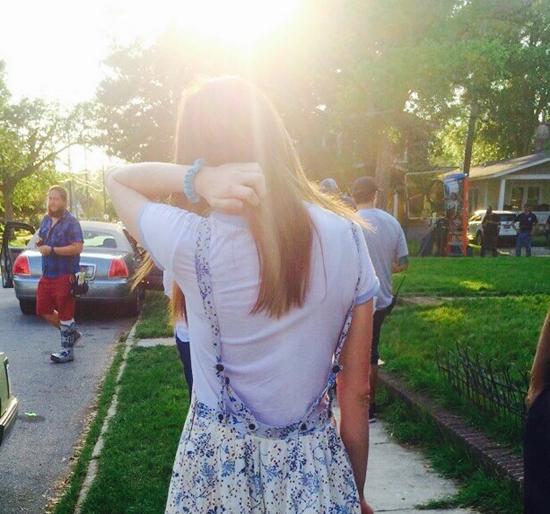 Making sure Justine Lupe's aka Holly’s outfit is perfect and her scrunch is on the correct hand!!!!

Lilja: What was the most challenging thing you had to come up with for Mr Mercedes?

Hannah Bender: I would say the most challenging aspect of being designer of a show like Mr Mercedes was to really focus on keeping the reality of humans. To not necessarily focus on what I myself think "looks best" but rather what the story is trying to tell. These people are wallpaper people. They are supposed to just sort of blend in as opposed to standing out. I realized it's much harder to make something look "un-designed" then it is to make it look designed. 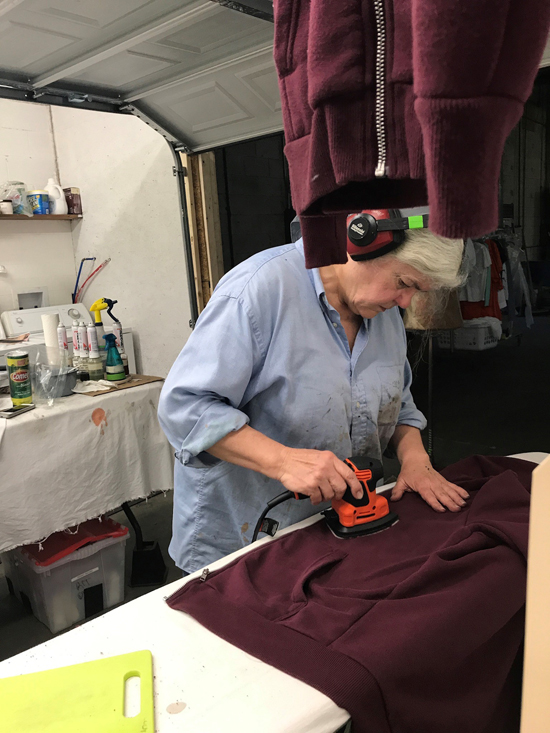 Lilja: What happens to all the clothes when the filming is done? Is it kept in case there is a season 2 or another movie / TV show where they might be needed? And if so, how on earth do you store that big amount of clothes?

Hannah Bender: Yes. Every single piece of clothing worn by a main actor, a background actor, even an actor that is killed and gets there clothes shredded and bloody, everything gets catalogued, inventoried and put away in giant wardrobe boxes sometimes in storage and sometimes we leave it on the sets if we are likely to be returning for a season 2. So now it is all being stored in Charleston on our stages.

Lilja: So, there you have it. If you don’t pay attention to the clothes Hannah and her team has done their job. 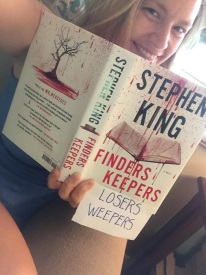