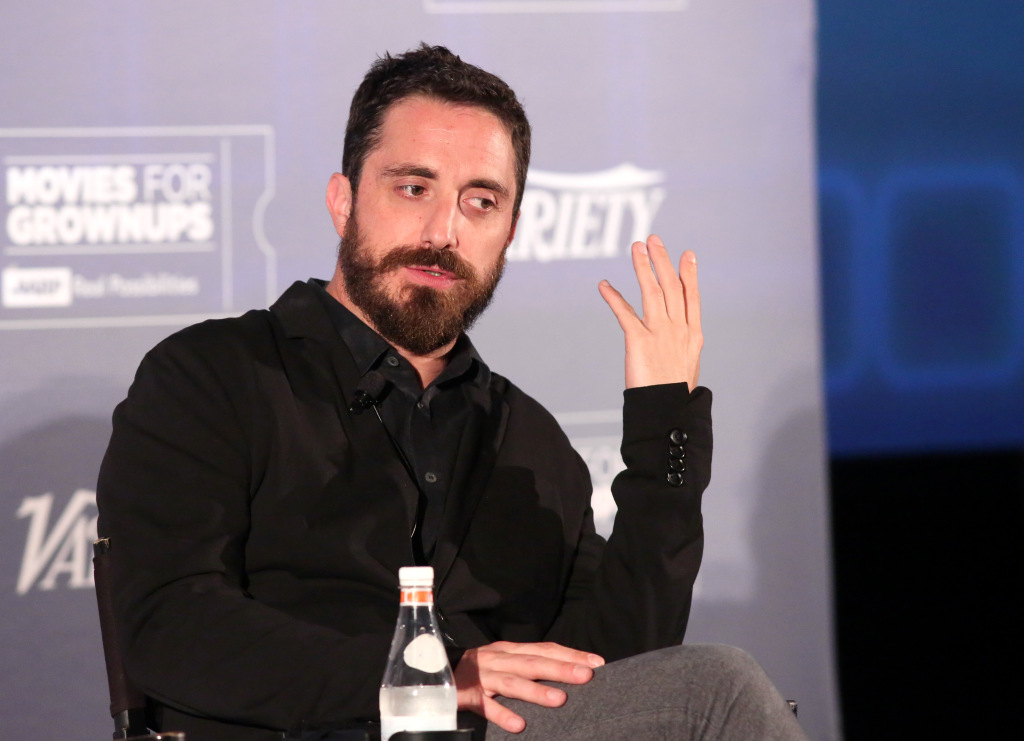 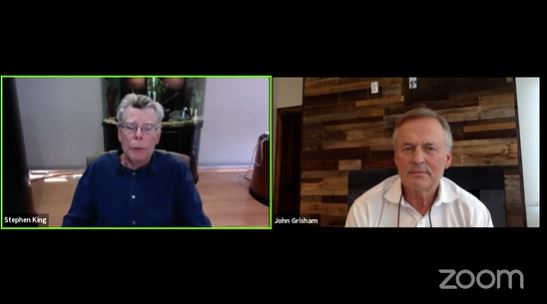 King On The Set Of Lisey's Story

Dane DeHaan (ZeroZeroZero) talks about his part in Lisey’s Story and also confirms that King has been quite a lot on the set of the movie in this interview with Collider.

You’re also doing Lisey’s Story, which is a Stephen King story where Stephen King has written all of the scripts. How exciting is it to read and bring to life scripts that were actually written by such a visual storyteller?

DeHAAN: It’s been really great. He’s on set a lot. He’s very into what we’re doing and the experience. It’s also fun to help to sometimes craft it with him. He’s writing extra things. Pablo Larraín, the director, has a very clear vision, and there’s a real collaboration going on that wouldn’t be possible, otherwise. He’s such a big deal that what he writes is so holy that, in order to really collaborate or change things sometimes, it feels better having him there and having his blessing and knowing that he’s happy with it. It’s been really fun. It seems like we’re making something really cool.

From The Set Of Lisey's Story

This is reported to be a photo from Bear Mountain and the set of Lisey's Story.

Is Lisey's Story The Same As Faces?

The Playlist reports that Darius Khondji is going back to TV with a show for Apple TV+ directed by Pablo Larraín, based on King’s Lisey’s Story that now apparently is titled Faces. 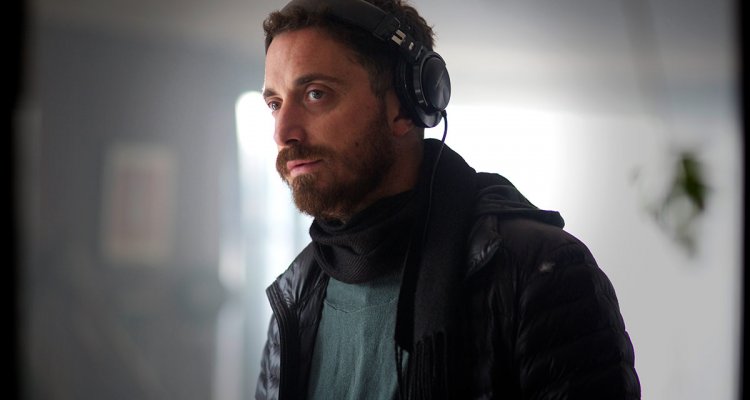 They also claim that other sources state that Faces and Lisey’s Story are one and the same; the same Apple TV series. It’s not clear why the title has change (it could just be a working title) but they are certain that it’s an adaptation of Lisey’s Story. 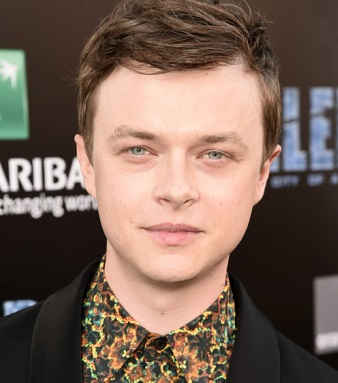 Dane Dehaan has been cast opposite Julianne Moore and Clive Owen in Lisey’s Story. Dehaan will play Jim Dooley, a huge fan of Scott’s (Owen) books who feels strongly about his unpublished work being released to the world.

Allen will play Amanda, the oldest of Lisey’s sisters.

King wrote all episodes and King and Moore Wil be executive producers alongside Bad Robot’s Abrams’ and Ben Stephenson. Pablo Larraín will direct the series.

No release date has been set. 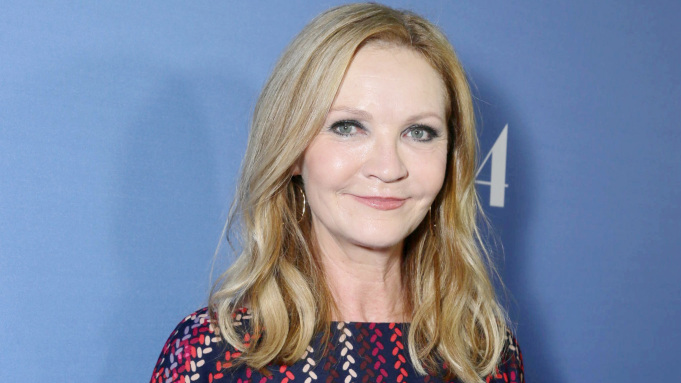 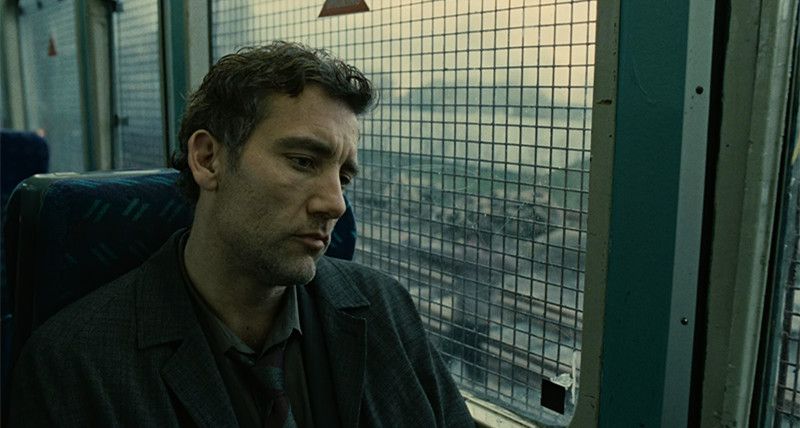 Julian Moore confirmed that Jackie director Pablo Larrain will direct the miniseries version of Lisey’s Story for Apple TV+ streaming service. King has written all eight episodes himself and filming will begin in the fall.

Apple has ordered an eight-episode, TV series of Lisey’s Story. Julianne Moore will star in the series and King will write all eight episodes of the drama himself. J.J. Abrams will produce through his Bad Robot Productions alongside Moore, King and Ben Stephenson.

Thanks to John Chesnut

Lisey’s Story on the Big Screen 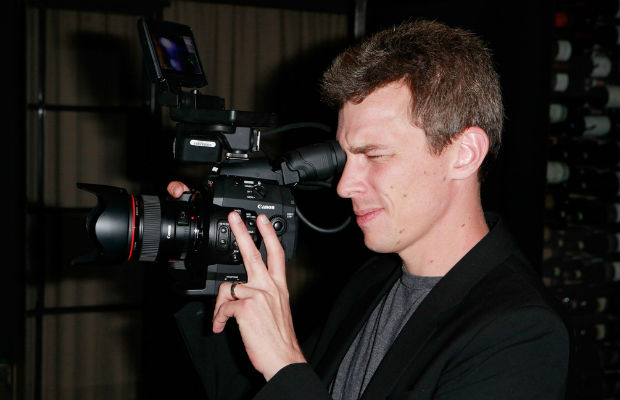 You would never think that Josh Boone has made only one film, the guy is already in high demand! Not only is currently filming the highly anticipated adaptation of John Green’s THE FAULT IN OUR STARS, he announced today that his next project will be an adaptation of Stephen King’s LISEY’S STORY.

LISEY’S STORY follows the story of Lisey Landon, the widow of famous novelist Scott Landon, as she recalls the life of her husband as she is being stalked and terrorised by one of her husband’s fans. King has stated himself that it is the best novel he has ever written.

Not only did King appear in Boone’s directorial debut STUCK IN LOVE, but Boone also revealed a very interesting backstory to how he become known to the writer:

“I wasn’t allowed to read Stephen King. I had to rip the covers off of Christian books and glue them to Stephen King books, so that I could read them. I remember reading The Stand under my bed when I was 12, and I hid the book in the box springs under my bed, and my mom found it and burned it in the fireplace. I wrote him a letter when I was 12, just to tell him how much I loved his books and how much I wanted to be a writer when I grew up and that he was my idol. I sent him a couple books, hoping that he’d sign them. I came home from school one day and my dad said, “There’s a box here from Stephen King.” He had written me this beautiful letter in the front covers of each of the books. My parents were just so moved by the generosity, that he was willing to take the time to do that, that they lifted the Stephen King ban. “

Josh Boone will start adapting the project after filming finishes for THE FAULT IN OUR STARS. Wyck Godfrey, Marty Bowen, and Isaac Klausner, who are producers for TFIOS, will also be producing LISEY’S STORY. 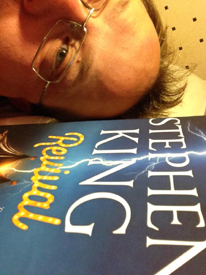