An Update On Castle Rock

The Hollywood Reporter has an update on Castle Rock for us.

Castle Rock is a 10-episode drama from writers and exec producers Sam Shaw and Dustin Thomason (Manhattan). It's described as an ongoing series, though sources tell THR that it's more of an anthology that will weave together characters and themes from King's novels featuring the mysterious Castle Rock location. Each season, sources say, will follow a different set of characters and storylines while interjecting themes and specific characters from previous seasons.

Here's how Hulu describes the series: "A psychological-horror series set in the Stephen King multiverse, Castle Rock combines the mythological scale and intimate character storytelling of King’s best-loved works, weaving an epic saga of darkness and light, played out on a few square miles of Maine woodland. The fictional Maine town of Castle Rock has figured prominently in King’s literary career: Cujo, The Dark Half, IT and Needful Things, as well as novella The Body and numerous short stories such as Rita Hayworth and The Shawshank Redemption are either set there or contain references to Castle Rock. Castle Rock is an original suspense/thriller — a first-of-its-kind reimagining that explores the themes and worlds uniting the entire King canon, while brushing up against some of his most iconic and beloved stories.

Castle Rock is based on characters and situations created by King. Shaw and Thomason developed the project for television and executive produce alongside Abrams and Bad Robot Productions' Ben Stephenson and Liz Glotzer. The series is from Bad Robot Productions in association with Warner Bros. Television.

No castings have been announced yet.

A premiere date/time period is unclear. Production will begin this year. 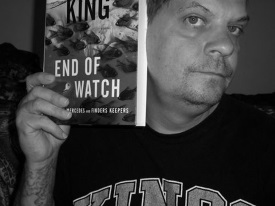