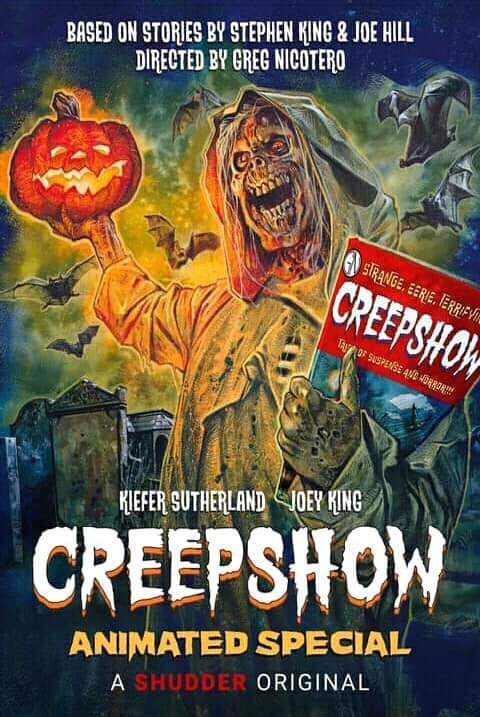 Last year we got a new TV series based on the Creepshow concept. It included one story by King, Gray Matter and another by Joe Hill, By the Silver Water of Lake Champlain. I reviewed it here and to be honest I wasn’t that inpressed with it. Now in time for Halloween, Shudder has released a Halloween Special episode containing two stories. Survivor Type based on King’s story and Twittering from the Circus of the Dead based on Hill’s story. The big difference between this episode and the earlier is that this one is animated. It’s done in a way where you use stills that move and moving animation and it works pretty well here.

King’s story deals with a man stranded on an island where he has to start to eat himself to survive and there were rumors that this one was going to be in the TV series last year but I’m happy to see it here instead. This isn’t a story that would have worked in the TV show and with live actors. The budget for the show would have had to be much larger to pull that off. Here though it works, and Kiefer Sutherland does a great job giving the main character his voice. It’s a crazy story but here it works.

Hill’s story is about a family on a road trip. The daughter in the family is bored out of her mind and to make time go by she writes tweets. They do it all the time and when the family stops at a Circus she continues and through her tweets we get to experience the Circus of the Dead. This is also a story that would have crushed the budget if it’s been done as a regular episode but here it works. It’s not as good as King’s story but it works. In this one Joey King lends her voice to the main character.

I like this episode and I wish Shudder would continue the series in this animated format. Both the stories themselves and the Crypt keeper would work better if you ask me. 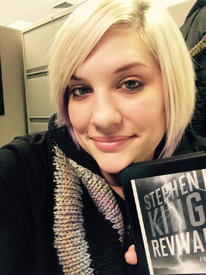