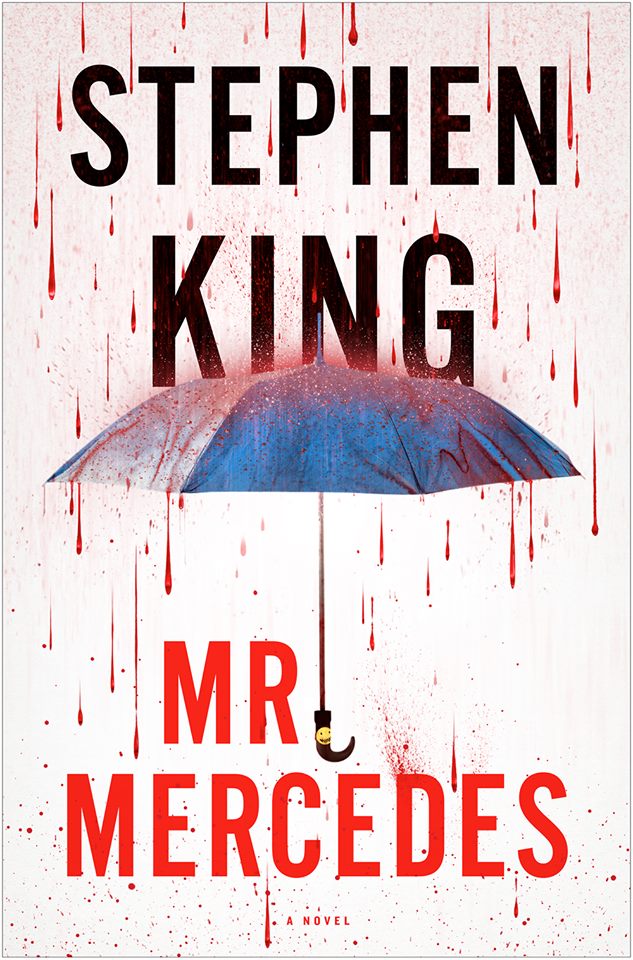 King’s latest book is called Mr. Mercedes and the US cover hints that it’s a gruesome story we’re about to be told. And it is! It’s the story of Mr. Mercedes, or Brady Hartsfield as his real name is, who disappears after running down numerous people at a job fair, killing and injuring many including a mother and her child. Detective Bill Hodges spends a lot of time trying to find Hartsfield but with no luck. A year later Hodges, now retired, gets a taunting letter from Hartsfield. In the letter Hartsfield says he is Mr. Mercedes but that he has no desire to commit more crimes. Hodges will never catch him but he need not worry that he will kill again…

Hartsfield then invites Hodges to join him in a chat room at a site called Under Debbie's Blue Umbrella and in an effort to catch him Hodges follows Hartsfield into what turns into a cat and mouse game between the two of them. The longer it goes on the harder it gets for Hodges to tell his former partner what he’s doing and then all of a sudden it might be too late…

Mr. Mercedes is a sort of hard-boiled detective thriller. We know all throughout the story who the villain is so it’s not the kind of detective thriller where you need to find that out yourself. Here you know who everyone is and what they have done and even though some might prefer to find out for themselves as the story progresses I like it this way as well. It gives King a chance to tell the story from both the hero and the villain’s perspective. And King does a great job with it.

Again King gives us solid characters. We have Bill Hodges who’s overweight, not in a good place in his personal life and actually thinking about ending it until he hears from Hartsfield. That sparks something in him that makes him want to live. We’ve got Brady Hartsfield who is a monster, described as an average day man selling ice cream and fixing peoples computers, but on the inside he is chaos. We’ve got 17 year old Jerome who is funny but also a wizard when it comes to computers. Often I thought of him as older when I read the book but then King would put him in a situation where his age came through. And we have Holly who is a grown woman in turmoil. Not the same chaos as Hartsfield but still chaos. Together they all make this book one of King’s best if you ask me.

Two funny things: 1) Pennywise is mentioned in the book and 2) in the last chapter King opens up for a continuation that I find really interesting. Could he have more to tell us about …?
Add or read comments 0 Comments
Close comments 0 Comments 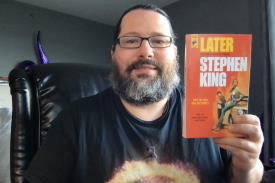