The Stand Filming In Ashcroft

The Ashcroft-Cache Creek Journal reports that The Stand will be filming in the area.


Victoria Weller says that a crew producing a TV miniseries based on Stephen King’s The Stand will be moving into the region before the Twilight Zone set is struck, to film on Cornwall Road, Highway 97C, the Ashcroft Reserve, and in downtown Ashcroft for one scene which, like The Twilight Zone, will require a blackout for several hours in the 4th and Brink Street area.
Weller says that The Stand will be followed by the TV series Resident Alien. The film commissioner says that she is hoping that the Project Blue Book TV series will return, and that another TV series, Van Helsing, is looking into the area.

So, if you’re in the area, keep your camera ready… 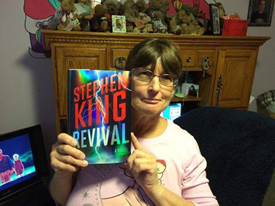