Here is a short interview with Katheryn Winnick who star in the upcoming Dark Tower movie. Winnick’s character hasn’t been revealed yet but during the conference call she came close to accidentally letting it slip.


“I play a character that’s in the novels as well,” offered Winnick. “I assume I’m not allowed to talk about who I play. (Laughing) I was this/close about giving it away! That was almost a massive slip-up. But I will say this, I have some great scenes with Matthew McConaughey who I love working with. I worked with him years and years ago on Failure to Launch – one of my very first movies. So, it was nice to reunite with him. He plays a very interesting character.” 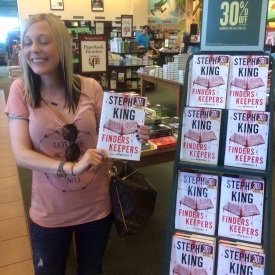