IT Filming in Port Hope This Summer

Looks like IT will be filming in Port Hope in July according to Northumberlandnews. If anyone living there gets photos, send them to me and I'll post them here on the site.


Port Hope eyed for remake of Stephen King’s ‘It’

PORT HOPE -- Pennywise the Clown could be terrorizing the streets of Port Hope this summer.

Third Act Productions has applied to film interior and exterior scenes of the upcoming feature film adaptation of Stephen King’s ‘It’ in the Municipality of Port Hope.

Based on the novel of the same name, ‘It’ follows seven young friends in 1989 who spend their summer battling an evil presence lurking beneath their small town.

The novel was adapted into a two-part ABC mini-series in 1990 starring Tim Curry in the titular role.

According to Variety, Will Poulter (‘We’re the Millers, The Revenant’) was last reported to don the red nose in Cary Fukunaga’s (‘True Detective Season One’) latest adaptation.

“We are sensitive to the complexities of filming on location and we are aware that we are guests in your neighbourhood,” the production company wrote in a notice to residents. “Because of this, we endeavour to make it as uneventful an experience as possible for the residents and businesses closest to our work area and the neighbourhood in general.”

The production company has found potential locations to shoot, mostly in the downtown area. Here’s a preliminary shooting schedule:

• Intersection of Mill and Walton streets

• The alley between Gould’s Shoe’s and Avanti Hair Design

The municipality’s current policy doesn’t allow filming in the downtown area between the hours of 11 a.m. and 5 p.m. So if the production company intends to use Port Hope as its backdrop, council will have to adopt changes to its film policy in order to allow filming downtown.

If approved, businesses that may be affected will have to privately negotiate with the production company for loss of business compensation. 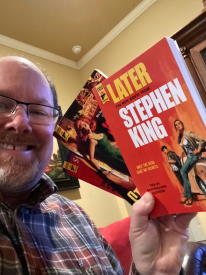