The werewolf leaves Being Human

Dread Central reports that Russelll Tovey (the werewolf in the UK version of Being Human) leaves the series after season 4 leaving only one original cast member...


There we were, enjoying our Saturday morning coffee and catching up with Twitter, when we saw a tweet from Russell Tovey, one of the stars of the UK version of "Being Human", saying that he's leaving the show. First Mitchell, now George?!? Talk about ruining your weekend! Anyway, read on for the sad, but true details.

First off, here's what @RussellTovey tweeted:

"Hey my lovely witty's, you may or may not know by now, but I am leaving Being Human officially.. Thought you should all know... Im sorry x"

Then, reading a little further down his tweets, we found a link to an article in The Guardian in which he explains, "Well, I've actually left 'Being Human', but no one [outside of the show] knows yet. Aidan [Turner]'s left to film The Hobbit in New Zealand [with Peter Jackson], and going on without him on this fourth series felt strange."

When asked if having only one of the original cast members left (i.e., Lenora Crichlow, aka ghost Annie) puts the show in major jeopardy, Tovey promised fans, "No, with 'Being Human' the story can definitely go on and on. Toby [Whithouse, the writer] still runs it, and they can do all sorts ... add giants and robots!"

Well, we don't know about giants and/or robots, but this certainly has raised a lot of questions. Such as when and how werewolf George (Tovey's character) will be leaving and what it all means for Sinead Keenan, who plays Nina, his love interest, when the fourth season of "Being Human" begins airing sometime in early 2012. As we find out more, we'll be sure to pass it on! 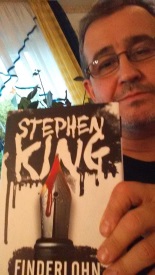