Lilja’s Library has always been dedicated to Stephen King. I have written about other stuff as well under the section Almost King (and sometimes I have sneaked it into the regular news as well) but the focus has always been (and will always be) on King. The Almost King consists of reviews of things by people connected to King in some way but things that haven’t been by or about King.

Well, over the years there has been more and more non King things that I’ve found interesting and that I think the general King reader might find interesting as well. So, to get a way to cover those things I have created this NON KING section. Here I will post news about things that isn’t King related and if you want to check it out (which I hope) it will be there and if you don’t you can just ignore it. It won’t interfere with the regular news (it will show up on facebook and twitter though) except for a small link. Oh, and please let me know what you think of this idea. Good? Bad? Don’t care? Let me know! 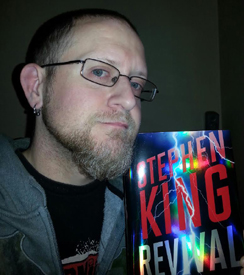