Comic Book Movie Fansite had an interesting article about the casting of The Dark Tower today. Apparently MTV caught up with producer Brian Grazer who had the following to say:


"...when we asked if he'd talked to the two actors about the part, he simply laughed and responded, 'Sure.' Grazer did say, however, that a casting announcement is imminent. How imminent? 'Within a week,' he said. Seriously? 'Seriously. Yeah, yeah, yeah. Seriously,' he assured us before asking, 'Who do you want?' Honestly, we'll take either of them. 'OK, great,' Grazer concluded."

This sounds a bit early but stranger things have happened. Personally I was hoping for an unknown actor but if it is down to Javier Bardem and Viggo Mortensen I'm hoping for Bardem. 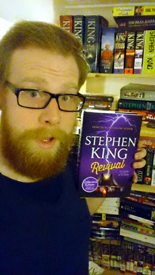