Johnathn Schaech started his acting career taking the lead in Franco Zeffirelli’s THE SPARROW. He went on to play the title characters in HOUDINI and JUDAS and starred in such films as HUSH, THE FORSAKEN, THE DOOM GENERATION and Tom Hanks' THAT THING YOU DO - to name a few. Recently he starred in two award-winning indies, LITTLE CHENIER and SEA OF DREAMS. In 2008 he starred in the theatrical blockbusters QUARANTINE and PROM NIGHT. Johnathon has written for Showtime’s MASTERS OF HORROR series, and last year he wrote for NBC’s new series FEAR ITSELF. Schaech is currently writing the screenplay for Stephen King’s FROM A BUICK 8 for horror master Tobe Hooper and Stephen King’s QUITTERS INC. for Samuel L Jackson.

Rich Chizmar and John Schaech have been asked to write the screenplay but the production is waiting for clearance of the rights because Quitters, Inc. had already been produced as part of Cat's Eye.

Read all Quitters inc. news
To the news archive 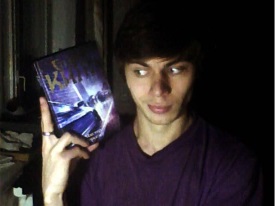