From a Buick 8 news

Here is a small update about the movie version of From a Buick 8:


While co-writer Johnathon Schaech’s FROM A BUICK 8 Stephen King adaptation still looks for financing, he and co-writer Richard Chizmar are continuing to tweak the script for the Tobe Hooper film. “We’ve done 15 rewrites,” Schaech said of the project, ”and Stephen King loves it. He says it’s a great screenplay, which is sort of THE GREEN MILE meets STAND BY ME meets FRIDAY THE 13TH.” 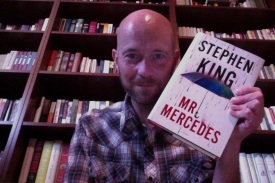