The Diary of Ellen Rimbauer (DVD) 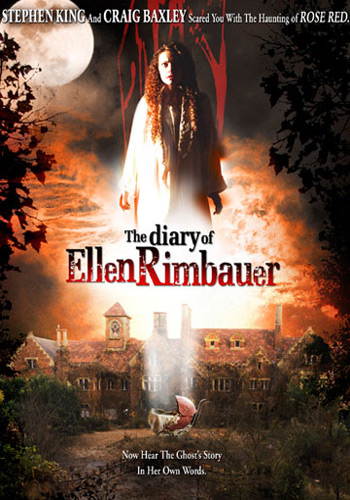 The DVD edition of The Diary of Ellen Rimbauer leaves a bit to which for. The movie itself is the same as the one that was shown on ABC earlier this year so there all is well but what I miss is the extra material. The only extra there is are a commentary track by Ridley Pearson that wrote the script for the movie as well as the actual book.

Even though it's really interesting to hear what Ridley has to say about the movie I was hoping for some behind the scenes documentary or other info about how the movie was done.

In the commentary Ridley explains a bit about how the book The Diary of Ellen Rimbauer as well as the movie came about. This is interesting since this was one of the biggest topics last year. No one know who had written the diary and the suggestions where as many as there where people guessing.

Ridley also tells us that some of the scenes in The Diary of Ellen Rimbauer are actually from Rose Red and just inserted into this one. He also points out where he did his cameos; one time it's just his arm…so it's not certain that you have seen it earlier.

If you want to know what I though of the story itself you can read my earlier review from when The Diary of Ellen Rimbauer was shown on ABC.

Lilja's final words about The Diary of Ellen Rimbauer (DVD)

So, is this enough to buy the DVD? Well if you're a big fan of the movie itself or want it to complete your King / Ridley collection then I definitely think you should get it. If you didn't like the movie or just though it was a one-time watch this DVD doesn't add that much I'm afraid. 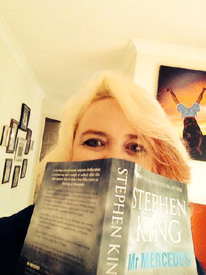