The Dead Zone - the 1st half of season 2

I guess it was no surprise that the series got a greenlight for a second season considering how well the first one did. Still I’m a bit surprised at how good The Dead Zone really is. As I have told you earlier I was a bit skeptic to the idea of doing an ongoing series based on King’s book. I understood that there would have to be stuff in it that wasn’t in the book and normally I don’t like that. After seeing 1½ season of The Dead Zone I’m convinced though. It can be done with a good result! The Dead Zone IS good!

So what can we expect of the first half of the second season? Well, I’m extremely happy to say that the Greg Stillson saga continues from the start. Already in the season premier (Valley of the Shadow) Greg and Johnny continues to take on each other. Stillson suspecting that Johnny can be a problem and Johnny getting more and more convinced that he has to do something. The question is what…

In the season premier we also gets to see how a man who wanted Johnny to use his powers kidnaps a child. The reason he does it to test Johnny’s abilities.

In episode 2 (Descent) that is part one of a two-part story (this is the first 2-parter if you don’t count the season 1 pilot) we go inside a mine (that once was owned by Johnny’s grandfather) where there has been a cave-in. Some teenagers are caught and they desperately need Johnny’s help. 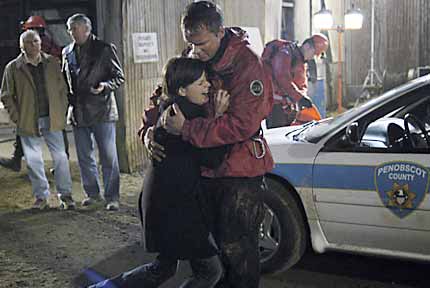 In episode 3 (Ascent) we get the conclusion of what started in episode 2. Johnny is being hocked up with Walt at the hospital and goes inside his brain. By doing so he saves Walt from dying or falling into a coma (like Johnny did) for a long time.

What seams like an easy thing to do (after all, what could be easier then helping your friend) turns out being harder then Johnny though. Johnny knows that if Walt dies he and Sarah will get back together again…

In episode 4 (The Outsider) Johnny starts to get visions through the TV. This has never happened before and at first Johnny gets really scared. As it turns out this is an unusual way for Johnny to get his visions but it does serve a purpose.

He gets it during a commercial for a drug called Revivatin and what he sees is that this drug will cause birth defects to extremely many kids in the future. Johnny’s purpose is to stop the drug before it’s to late… 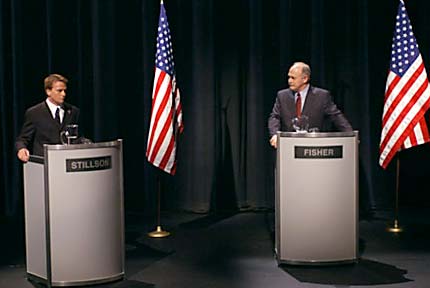 In episode 5 (Precipitate) Johnny gets a blood transfusion after being hit by a car while saving a kid from being run over.

As it turns out he got blood from a total of six other people and now he has visions of one of them dying. Without knowing who they are or what they look like he has to stop the death of one of them before it’s to late.

In episode 6 (Scars) Johnny once again tries to stop Stillson and he does it by trying to help his opponent Harrison Fisher getting elected and by doing that prevent Stillson from winning. He helps Fisher by finding out (through visions) what Stillson is going to say and ask in a debate between the two contestants.

Episode 6 is also the time where Johnny gets to ask the classic line from the book “If you could go back in time, would you kill Hitler?”

Over all I would say that season 2 is even better then season 1 so far. I’m extremely happy that Stillson gets so much time in the series. He is an ongoing part of Johnny’s life and that’s just how I want it. And I’m really impressed with Sean Patrick Flanery’s performance. He is perfect for this role! 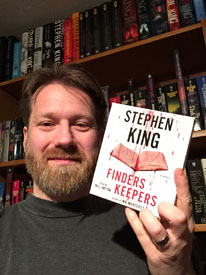